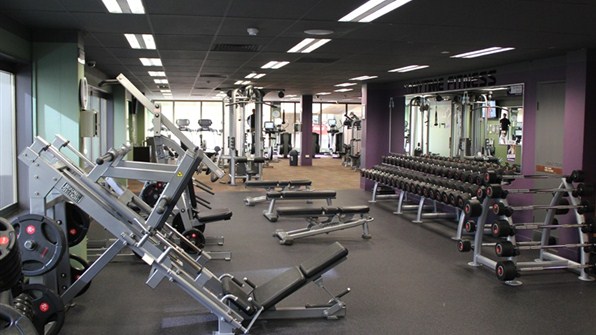 Over the past few months of training I’ve been reflecting on how much things have changed since I regularly attended a gym. From the late 90’s to about 2004 I’d say I spent half my time training in garage or spare room gyms (where I had the obligatory power rack, bench and some dumbbells) to commercial gyms, which I had never been a huge fan of.

I’ve always been an avid people watcher though, and gyms were the place where you’d see an eclectic mix of people, training for their own reasons. In the past when I trained I always wanted to be by myself, and couldn’t stand the idea of waiting for equipment. The idea of a training partner has never really worked for me. Your motivations are usually different, training philosophies and strength levels vary, which make trying to share equipment and benefit from the same routine tough.

Before I look into the many factors I have to say the explosion in gyms over the past 10 years has been an absolute boon for someone like myself. Not only do my companies reap the benefits of it (gym goers buy supplements!) but as a gym goer the convenience of gyms being everywhere makes training so much easier.

Chains like Anytime Fitness (where I am a member) are like a dream come true. In any one month I may use 4-5 of their gyms in 3 different states, and having the benefits of that through my membership is awesome. No surprise that these guys have almost 400 gyms across Australia after starting here in just 2008! A perfect example of a simple, no fuss business models meeting customers demands perfectly. There are plenty more examples of gyms like this which seem to be thriving.

Anyway, so after spending the last few months thinking about what has changed and what has stayed the same in the world of gym, here are the major points worth noting, IMO.

Women in the weights section. 10 years ago gym culture (at least in terms of resistance training) was much more male dominated. Women were still told to do high reps, build “long lean muscles” and generally stay away from weights, thanks to Jane Fonda. Thankfully, there’s been a nice shift in culture there, with far more women hitting the gym harder than ever before. Really good to see and with so many fit, healthy female role models who actually lift, I think this will only continue. Federations such as the INBA and ANB have absolutely exploded due to female interest, as they create more classes for women to compete in.

Half Squats and Bunny Leg presses. This is one thing that hasn’t gone away. Back 10 – 15 years ago people often spoke of those who loaded up the leg press, squat barbell or anything else and did tiny partial reps with no ROM. Sadly, while there is a lot more education around, seems just as many people have “bad knees” or simply have no idea what a full rep looks like. If you’re reading this and are an offender, ROM buddy!

I’ll say it once, it doesn’t matter what weight is on the bar or on the leg press unless you are going to parallel. 10 partial reps = zero full reps.

Bro Science exposed. Once upon a time (at least in the 90’s and before) most people had little opportunity to gain info about training apart from books and magazines. While there are some fantastic writers who pen some very good training manuals, sadly most people who weren’t surrounded by a group of seasoned lifters would get their training tips from magazines (bad idea). Back then (and still to an extent) there are a lot of kids who don’t understand what works for guys like Phil Heath, Dexter Jackson and co (who have both amazing genetics and a huge load of hormonal assistance) does not work for them.

Nowadays, thanks to the Internet there seems to be a lot more genuine gurus who use proper research to develop training methods. A great thing, but sadly there is still plenty of Bro science around. Hopefully guys like Layne Norton, Alan Argon, and even Mehdi can keep up the good work.  I know for many battling Bro science is something they have dedicated their lives to!

Shakers in the gym, BCAA’s and more. Once upon a time people went to the gym with water bottles, nowadays almost everyone is carrying a shaker with a green, orange or purple liquid. Generally people seem to be sipping BCAA’s while they train and the benefits are more than novel.  I suppose its just a funny sight as back in the year 2004 and before, this sight was extremely rare. Hardly something I’d complain about though – I just hope they are drinking quality BCAA’s which are nice and pure, and the guys and girls are reading the labels before they consume them.

Older people in the gym. Just like more women training, this one is a real positive. Back in the day I remember a few resident “oldies” in the local PCYC I trained at and they really stuck out amongst the younger crowd. With the older generation now with more disposable income than ever before, and a much greater concern about health and longevity with retirees, its great to see more older people lift, with some training, and with a surprising amount of vigour.

Given close to half of your bodies muscle mass is in the lower half, and squats are virtually universally accepted as the best lower body exercise, you’d think there would constantly be a line up to the almighty squat rack? Sadly, while there is more science around on training, and the benefits of compounds movements are even more understood, many people don’t do squats when training legs. Unfortunately a decent quantity perform the aforementioned “bunny squats”, which I am not sure is better or worse than not squatting at all!

If you have leg day, jump in there, do plenty of warm ups, then squat heavy and deep. Hell, sometimes my whole workout is centred around the squat rack so I guess I should be thankful that people fear it, otherwise I’d have to share it a lot more than I do.

Steroids for aesthetics. A controversial mention no doubt but going back to the gym after all those years off, made this one easy to spot. Once upon a time (and still to a large extent from the late 90’s to 2004, Steroids were the domain of big, gruff bodybuilders  and powerlifters who trained hard and usually competed.  They didn’t shower, you didn’t go near them and they definitely didn’t know what hair gel was!

They (steroids) were generally seen as something someone may do once they had reached their genetic potential and after years of training, and were rarely used by people who simply trained to look good. While I have nothing against anyone who uses gear (its an absolutely necessity if competing in untested federations), once upon a time training hard and dedicating oneself to the gym appeared to be a right of passage to this, which for whatever reason seemed to be logical.

These days, I am seeing an increasingly number of people who don’t train hard, who don’t lift heavy but still look absolutely fantastic. I am well and truly experienced enough to spot the capped shoulders, big traps and other tell tale signs of growth (especially from people who are doing very little to stimulate those muscles, ie whole workouts on isolation exercises)

Of course, anyone who uses gear has the right to train how they like, however I do imagine the trend of using gear and throwing about some light DB’s and light cable machines to build a great physique has really blurred the scenery for the naïve newbie. “See, I don’t have to squat and lift heavy at all to get big, just look at Johnny who trains with high volume and light weight” ARRGHHH!!!!

If you do use gear, can you please just squat and throw a few compounds movements in, at least then the young guys will get the right idea!

Weights being left around. 10 – 15 years ago you’d see signs in gyms saying “please put weights away” or less pleasant things to that effect from frustrated gym managers who were at the end of their tether. Nowadays I still see the same signs but I think the problem has gotten worse. While 24 hour chains and the ever popular gym culture is great for some things, I think there is far less connection between members these days as the gym scene is so wide and varied. It makes sense the more members and the less connected they are to each other, the less conscientious people will be about considering their fellow gym members.

I’ve never really understood why people don’t re rack their weights, I always like the fact I have a legitimate reason to rest after the final set and see the re racking of the weight as a sign of a successful exercise.

Hammer Strength machines are huge now. I have somewhat of a love / hate relationship with hammer strength equipment. Before the year 2000 it was just starting to become mildly popular and sure, the virtues of them are sound. They’re the closest thing to lifting free weights; however with the range of action strictly controlled the chances of a slip up causing injury is significantly reduced. Personally, I believe these machines should still be seen as a supporter to free weights but these days I am seeing gyms consist of 80% + hammer machines, with peoples training consisting of jumping from one machine to another. The real benefit of hammer strength machines would be for the gym owners though. Harder to damage – you can’t drop a hammer strength machine, and people are less likely to injure themselves.

Weight Droppers. Just like the quarter squatters and the guys who leave weights around, the weight droppers are as big a problem now as they used to be.  Actually, I think it’s less of a problem now, but they are still there. Never quite understood how someone could have the strength to hurl up a few 140lb DB’s for bench press, yet the minute they complete their 8th rep the weights come crashing down. I remember when I first saw a weight dropper in action, I thought the weights had dropped as they’d literally passed out from exhaustion, yet a few minutes later they pumped out another 8 reps.

So there it is. I wonder how different things will be 10 – 15 years from now? With gym participation almost at unsustainable levels I think we will see a plateau in popularity over the next decade but I’m sure the level of participation will always remain quite high. Whatever happens, I think it’s unlikely much will change with what I have mentioned is still the same, but hopefully we will have a few more surprising changes for the better.