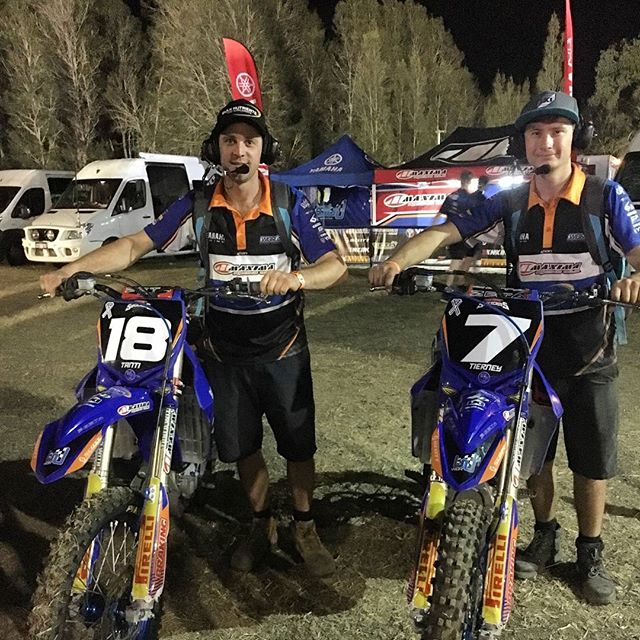 As we are busy preparing for 2018 we took some time to reflect on a fun year of racing MX2 with Aaron Tanti and Connor Tierney.

Bulk Nutrients are proud sponsors of the Whitten Brothers Racing Team and Bulk MD Ben Crowley has a lot to say about how the team went in 2017 and where they’re headed this year.

Bulk Nutrients supports motorbike racing as the owner Ben Crowley has a large passion for it.

He grew up around motorbikes, but was never fortunate to race himself. It’s probably a good thing Ben’s family weren’t financially able to do it, as Ben would likely have had many broken bones!

Bulk Nutrients supports Whitten Brothers Racing as it is run by a very passionate family. The two brothers (Travis and Nathan) run the team, with parents Pete and Gaylene always getting involved.

Unlike many racing outfits which have huge budgets, the WBR Team is much more modest. While the team has many skilled members, the team survives as the Whitten family put a huge amount of personal time and effort into the team. As a sponsor this means a lot to Ben, as he sees a similar passion from the Whittens that he has for Bulk Nutrients.

How do you think the Whitten Brothers Team went this year?

The WBR Team had a reasonable year, but like the previous year, it was quite complicated. We started the year with an injured rider, who’s recovery took a lot longer than expected (Connor Tierney), Aaron Tanti had some highs and lows, and while he showed some brilliant speed, his results at the end of the rounds weren’t there. Aaron is a rider who always gave 100% though, and this contributed to an injury around mid year.

After missing some rounds, Aaron returned for super-cross with a mixed season. Sadly, he ended the year with a massive accident, however he is recovering well now.

The best results of the year came from the Under 19 (MXD) rider, Hugh McKay. Hugh is based in Tasmania, and is a rider who steadily improves every year. This year Hugh landed a few podiums, finishing with a 4th overall for the championship.

What do the Whitten team have planned for next year?

Next year, the WBR team is taking a different turn, which we all feel is very exciting. Rather than having a rider in the MX2 and MXD (Under 19) catergories, the team is officially named “Bulk Nutrients Yamaha”, as Yamaha’s U19 factory team.

This is quite an achievement for the Whitten Brothers as factory team status is very hard to come by, with each manufacturer only having one factory team per category.

We feel as an entry in the MXD class, Bulk Nutrients Yamaha will be extremely competitive with two riders battling for race wins every round.

The unfortunate side to this is that neither Aaron Tanti or Connor Tierney will be able to race with the team (as both are in the MX2 class), however Hugh McKay will be joined by Bailey Malkiewicz, who was very impressive in super-cross.

Bailey Malkiewicz is set for a big 2018 season.

Why do you like sponsoring such a broad range of supports?

Bulk Nutrients love supporting such a broad range of sports and events as we feel it represents a diverse sporting culture.

We know our customers (and Australians generally) play a huge range of sports and by highlighting some lesser featured sports, we hope to raise their profile a bit.

It also demonstrates the variety of applications where our products can be useful. Bulk Nutrients feels the use of supplements is much broader than it used to be, and we develop so many products for so many sports and purposes.

Keep an eye on the Bulk Nutrients Yamaha Race Team in 2018!