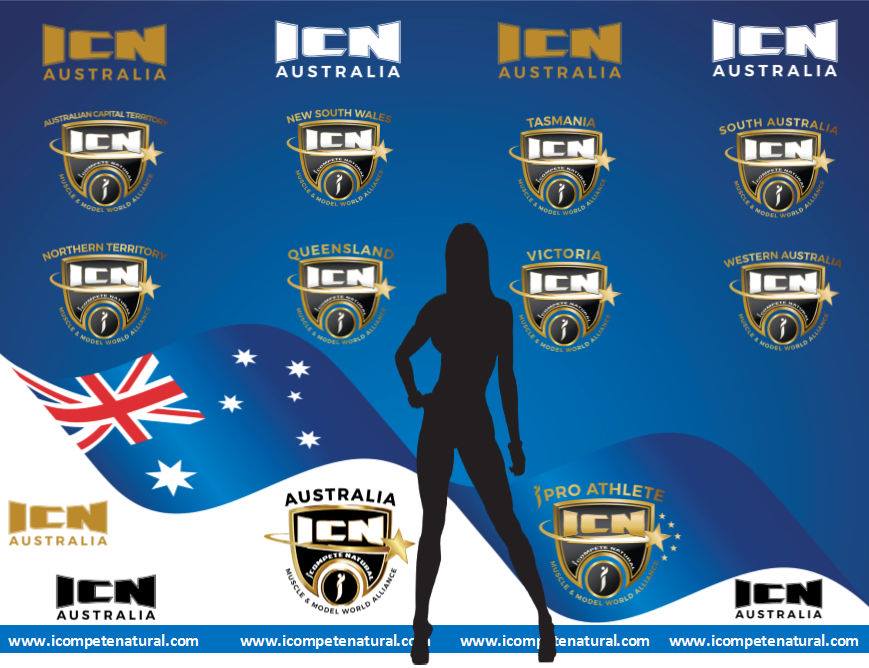 In case you’ve missed the memo, as of January 23 2017 there is a new natural bodybuilding federation – ICN – iCompete Natural.

So, why the new federation? Well, there appears to be a growing market for natural bodybuilders, and differentiating between the tested and non-tested federations is all part of the world of bodybuilding.

There are always people who snicker “is she natural?” or “he’s gotta be on steroids!”, so having drug-tested federations like ICN takes away any uncertainty about the use of banned substances.

There have been plenty of changes in the past 25 years of natural bodybuilding in Australia, and ICN is just the latest addition. According to ICN, the new name is “the perfect affirmation every drug-free athlete wants to proudly stand behind and represent”.

The importance is on the phrase ‘ I Compete Natural’.

By keeping the same staff, structures and commitment to a drug free competition, ICN aim to become a bigger brand than ever before.

ICN also plan to focus on the broad scope of the internet to assist with their growth. They’re investing $1 million in tech developments which will see their social media platforms and website spread over 22 languages and become the largest social fitness site in the world.

With 13,000 members in 41 countries already, these extra changes could be the start of something massive for ICN.

So how is ICN different?

ICN is dipping into the pool of international bodybuilding by introducing their newest competition, the World Amateur Natural Titles (WANT).

Headlining their first international show in Phuket Thailand, come June amateur ICN members will have the chance to compete at a world-class holiday destination over three days.

Come on, Thailand? They’re definitely trying to get a good start on their international titles with this one.

This makes for a mega event in a holiday hot spot, ideal for ICN’s international debut.

With the new federation comes a new pro card – the iPro Cards.

This year’s iCompete Natural Pro/Am show will be held in October at the Melbourne Fitness Show. The competition will be open to all amateurs who have qualified prior and all pros.

The hype is already building for this history-making event in Australian bodybuilding, with the combined prize pool hitting a massive $100,000.

The future of natural bodybuilding in Australia

So the future looks pretty bright for Australian natural bodybuilding as ICN develops larger and more prestigious events than ever before.

I guess we’ll all just have to stay tuned to see how it all plays out as ICN begins it’s 2017 events!

For more info on ICN and its events, head to the ICN website.

It’s been brought to our attention that INBA in Australia is continuing under different management. They still uphold the same great values and commitment to natural bodybuilding.

Thinking of competing at a bodybuilding event? Check out these posts