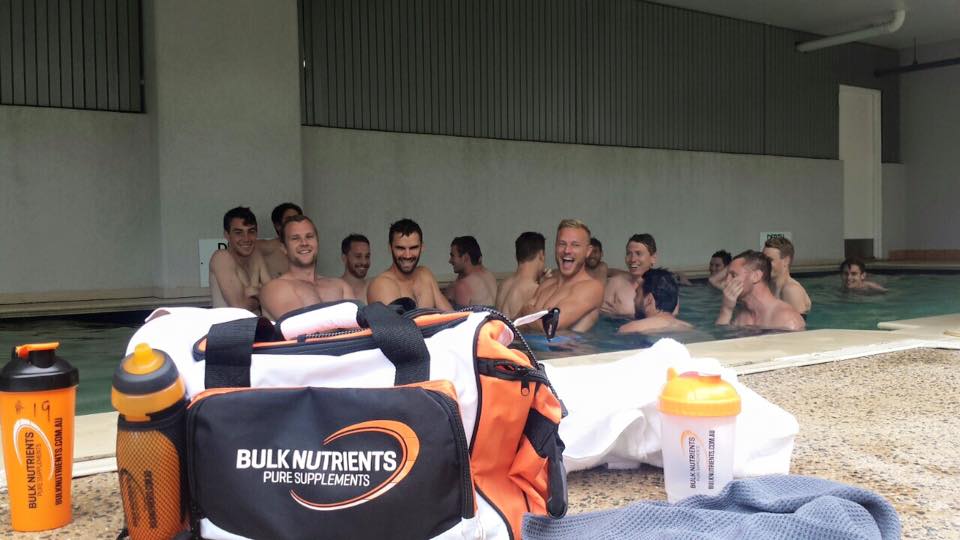 In 2014 the Tassie Tigers won their first ever Australian Hockey League gold medal, which was an amazing achievement for the Island State. Over the last 12 months, there has been a lot of success in Tasmanian Hockey with many junior, and senior players making their Australian squad debuts.

It was a very successful competition for the boys, and it was great to see them winning the Bronze Medal. Even more pleasing was seeing players Eddie Ockendon, Tim Deavin, Josh Beltz, and Tristan Clemons getting the call up for the Australian Team to play in the Oceania Cup later this month.

We caught up with  Tassie Tigers player and Australian representative Tim Deavin to congratulate the boys on their achievements, and to see how he found the 2015 tournament in Darwin.

Congratulations on winning Bronze, how did you find the tournament?

Thank you. It was quite tough in the extreme heat of Darwin, especially seeing as we were backing up games. My legs were very, very tired in the last game. It was amazing winning bronze – it’s one of only a handful of times Tassie has actually won a medal at the Australian Hockey League Men’s Nationals. I have been playing with the Tigers for over 10 years, and I only have 2 medals to show for it – that being last years Gold, and this years Bronze. Last year’s win was quite lucky, so to win the bronze medal this year with 5 debutantes was an amazing achievement for all involved.

Tassie has become a quite a powerhouse in Hockey with several juniors and seniors named in national squads, and the tigers winning Gold and Bronze medals in consecutive years – what or who do you think has been the driving force behind this success?

Im not sure of the answer. Tassie has always produced great players, but I think the last step has eluded them. Whether it be because of choosing career or family life over hockey (something all of us have to do at some stage), or just generally getting sick of the vigorous training routines. I think one of the main reasons is that Andrew Mcdonald, the head TIS and Tassie Tigers coach has mellowed out and improved on his people skills. He is hands down one of the best coaches in Australia, but I think a lot of players left the sport or the top level due to his aggressive nature. Now he has a good balance of aggression and compassion.

I think that having more Tassie players in the national side also helps the young kids realise that their dream can actually become a reality, and this kind of motivation can really spur them on. Over the last 10 years we have had 3 Tasmanian players in the line up pretty consistently.

You have had a similar core group for a number of years now – do you think this makes a difference to the success of a team at this level?

I think having a number of highly capped players does make a massive difference in the way the team performs. This showed this year with so many debutantes, because the experienced players made them feel relaxed and enabled them to go out and do their thing. You cant buy experience!

Who were your star players? What qualities do they have that makes them stand out from the rest?

We had a number of players who played stood out. We had a really strong spine down the middle of the pitch with Eddie Ockenden dominating up front and Jeremy Edwards staying very strong in the midfield. Our defense was rock solid with Josh Beltz and I at the back and Tristan Clemons in goal. Other players who stood out were Kurt Mackey, Billy Shaw, and James Bourke. Other notable mentions were Jack Welsh and Hayden Beltz in their first National League appearance; these guys seriously played like veterans.

What was the highlight of the tournament?

The highlight of the tournament was firstly making the top 4. Realistically, I seriously didn’t think we would achieve this with our green group of boys. The Second major highlight beating the Vics in the playoff for the third place! It was sweet revenge after they beat us in the round a few games before.

In hindsight, were there any moments that you look back on and wish you did differently?

In sport there are always moments that you could have done differently or better and this could have had a major impact on the result of the game. But all we can do is learn from our mistakes and hope that we can make better decisions next time. There was one where I was trying to pull this bird at the pub mind you