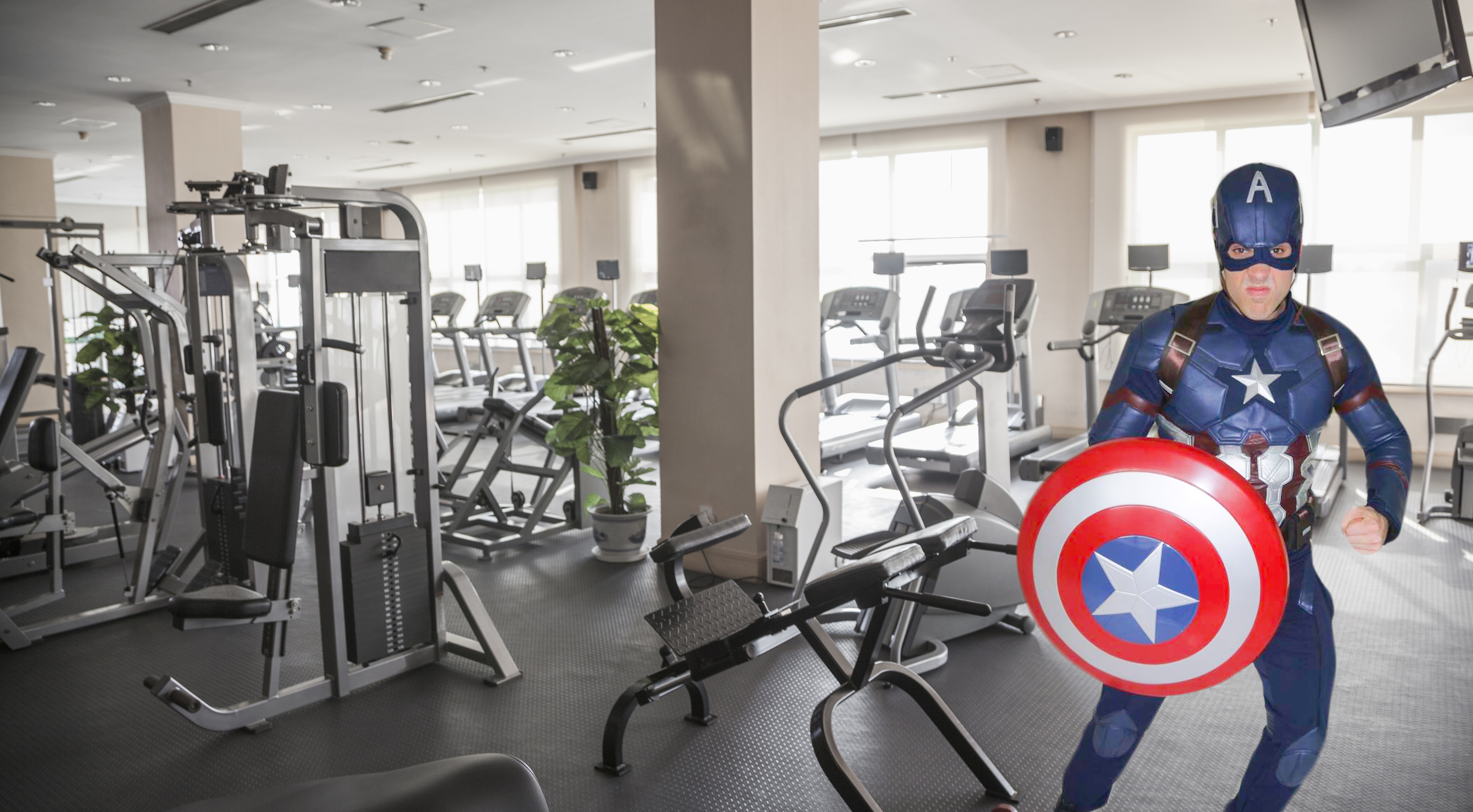 So, I’ve decided to have a little fun and create not just a superhero workout, but a workout specifically designed for Captain America. This can be done by any human, however, maybe not to quite the same standards as Captain America would do it!

Breaking it down let’s focus on strength, then speed and endurance to finish off with. Firstly, I’ll list the exercises and an explanation as to why they’re included, then we’ll get into the nitty gritty part of reps, sets and weight.

No superhero is complete without a barrel sized rip cage and a fully swollen chest. Get pressing so you can fill out that patriotic uniform.

One word – Thor.  You almost lifted his hammer in Age of Ultron, now keep training and you might wipe the smile off his face and rule Asgard one day.

In case battling Iron-Man wasn’t enough, why not throw some heavy rope around to drive the heart rate up for some endurance gains.

Blocking heavy hits from villains takes a lot of core strength, so here’s some functional support and strength building to help you stand tall in any fight.

When running from explosions, I highly recommend moving as fast as possible. When you’re Captain America this isn’t an unusual thing to do, so just get better at it!

Here’s how Captain America aka Sam stays in shape.

This was a little bit of fun to create, but would be one hell of a workout!

If you’re looking for super human results give it a go. Just make sure you have the Hulk spot you on the bench and military presses.