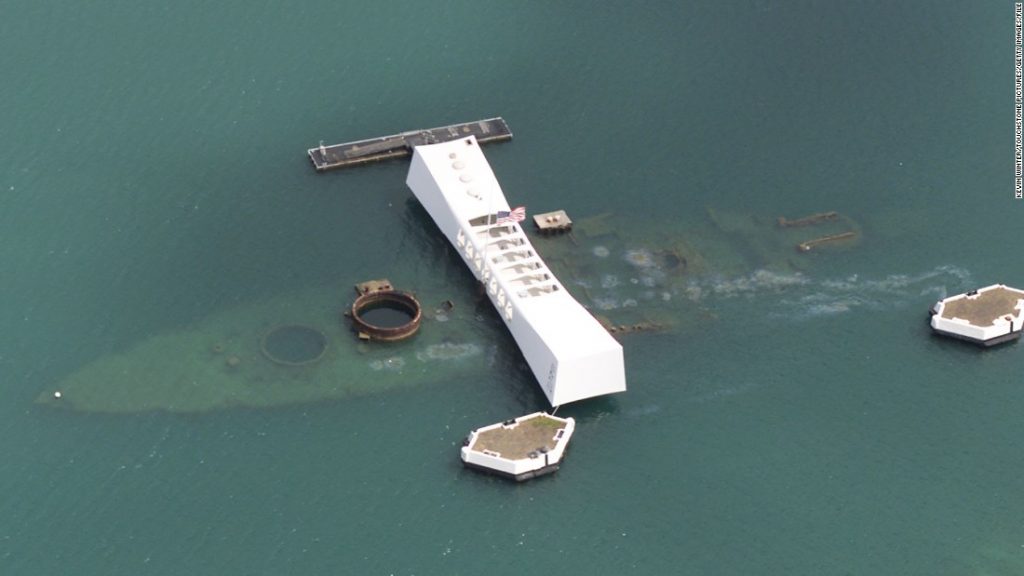 As Australia Day rolls around once more, I’d like to not only reflect on the past year, but also take some time to think about the bigger picture. How awesome it is to be Australian.

Without a doubt, one of the best things about my life as a business owner is the ability to travel.

So many of us now have the amazing opportunity to travel and experience the world for a much cheaper price than generations before us. We can also learn so much more about other cultures from home, due to the endless information available online. Or we can even learn about these cultures with ease first hand, due to a lack of qualms such as there were in the past. To top it off we live in a time where political freedom means we are faced with very few travel restrictions, which has not always been the case.

Reflecting on the futilities of war

Over Christmas, I travelled to Hawaii and like most tourists to the 50th US state, I spent a day visiting Pearl Harbour. If you’ve been to a war memorial you will understand just how much of an emotional impact they can have. Over the past five years I have been to the killing fields in Cambodia, the Vietnam War Memorial Museum and perhaps the saddest of all, the Hiroshima Peace Memorial.

These experiences are deeply moving and they put into perspective how short life can be. I see the visitation as a way to show respect to those lives lost, whilst educating and reminding ourselves of some of the sad realities of life and death.

The USS Arizona: A section of the Pearl Harbour Memorial in Hawaii.

At Pearl Harbour, perhaps the most harrowing moment for me was visiting the USS Arizona. This semi-floating memorial lies above the remains of the ship. Here, you are literally standing above the corpses of more than a thousand young men, who died awful deaths when their ship was bombed and subsequently rapidly sunk during World War Two.

What affects me most, is not how the young men died and the possible futilities of war (which is another argument in itself), but rather the fact so many young people with the world at their feet had their lives cut short. I’m sure all these young men had dreams of starting a family, working, travelling and experiencing the joys of life as we know it. These same people, of course, would literally give anything to have another chance at life.

After some time in reflection, I use these experiences to remind myself of how lucky we are and how many opportunities we have. I take times like these to re-evaluate and consider all the things we take for granted. As I get older and life as a parent becomes a greater focus, sentimentality sets in and moments of reflection like this happen more frequently.

So, for 2017 I’ve made some resolutions that focus on my health, well-being and overall happiness. These goals aren’t to look better or take more selfies (which are pointless when I don’t have a personal social media account) but to live my life to the fullest.

I have decided to cut down on alcohol this year and I’m already reaping the benefits. Setting myself a basic limit of drinking no more than once a week and limiting myself to a maximum of two drinks per session, was a healthy compromise compared to trying to go full cold turkey. I’m also working on having a much greater focus on general health with my training, which you can read about in my cardio blog.

By adding just a little bit more cardio into my fitness regime I am already finding things like long walks, social runs, rides and playing with the kids more effortless and enjoyable. It’s interesting that a better level of fitness seems to lead to an (often unconscious) desire to do more physical things. I guess it’s the body and brain realising that an activity is now less straining and perhaps it recognises the aerobic high (endorphin release) which it’s regularly acquainted with.

You only live once, so look after yourself!

‘You only live once’ (YOLO) is a term often used by teenagers and people in their twenties to justify risky actions. I, however, think the expression best lends itself to looking after yourself. I think phrases like ‘you only live once’, should be a reason why we need to exercise and stay fit. As ‘you only live once’ you should eat healthy food and avoid junk to ward off illnesses and therefore make that one life last longer.

As I’m convinced we only do live once, I see it as a great reason to stay as healthy as possible, so you can enhance your quality of life as much as possible. Because let’s face it, I don’t want to be the dad that runs around the park with his kids, I want to be the Granddad that does it!

I see too many 50 to 60-year old’s that wouldn’t look out of place in a retirement home. We all have the capacity to stay healthy and active for far longer than that, so why not do it?

Make the most of opportunities

When you combine good health and great access to travel you have the ability to really maximise experiences. That being said, not all good experiences necessitate going to the other side of the world. One of my greatest passions is riding motorbikes and I’ve been very fortunate over the last few years to really get into this, riding most weeks and often doing weekend trips away.

Living in Tasmania, motorbike riding is a great hobby to have. As are many pursuits that can be enjoyed in the outdoors, such as fishing, camping, bush walking, rock climbing and many more. If you live in the city the equivalent could be going to museums, walking in the park, strolling around the beautiful harbour, watching a game of cricket, attending a concert and so forth.

My points of enjoyment while living in Tokyo for twelve months in 2004 were very different to what I enjoy now, but they were congruent with my surroundings, which was vital. Happiness is about doing what you enjoy, but most importantly ensuring your lifestyle supports you being able to do what you love – not just dreaming about it.

Experiences with friends are more fun

Researchers have discovered that memories of a positive experience have a few clear consistencies. The best experiences have a sense of anticipation, which means foresight and planning have a greater purpose than just organisation, and that the final moments of an experience have a larger impact on your final perception of that said experience.

I recently embarked on a bike trip to an epic part of Tasmania. This involved many nights of planning, significant costs in preparation and then three and a half hours (after a 5am wake up) of driving to our location. Once we arrived our group of ten were primed and ready to go, so we headed out along some of the best riding tracks we’ve ever experienced.

However, it didn’t go quite to plan… Just five minutes into our ride one of our group members (who happens to be a staff member of ours) had accidentally driven my buggy into a tree. Thankfully no one was hurt. The two day trip, where I had planned to ride for over twelve hours had ended for me in an instant, which was quite devastating.

Everyone helping in a time of need.

To make matters worse, I then had to drive five more hours to collect parts so I could retrieve the buggy from the bush that night (assuming we could fix it). By 9pm that night, the buggy limped to the trailer under its own steam after hours of repairs. However, we were all in fits of laughter as we ate dinner recalling the experiences of the day. While eight of our group had continued riding, myself and the buggy pilot got on with the job and achieved what we had to.

The best part of all this was reflecting on a group of people working together for the best outcome, facing a challenge, and enjoying a very memorable time. It’s these memories which can be priceless when you accept the situation at hand and work together to overcome a challenge.

Although the trip was semi-disastrous, it gave me the opportunity to appreciate the benefits of friendships and camaraderie.

They said the view was amazing. Maybe next time…

The moral of the story

So from reflecting on these life experiences,  I’d encourage everyone on Australia Day to take a moment to remind ourselves how fortunate we are to live in Australia at the present time and to not take the amazing opportunities we have for granted. Spend the day with friends or family, share some amazing moments and remember that you only live once, so let’s make life as long and as healthy as we can!