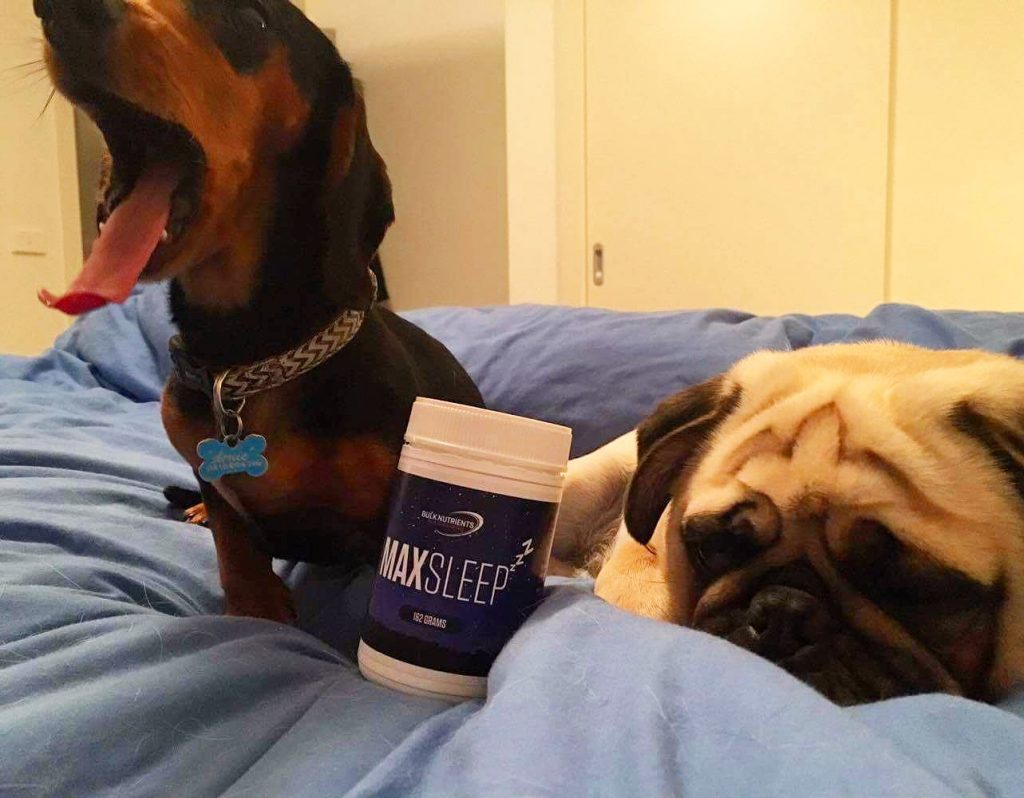 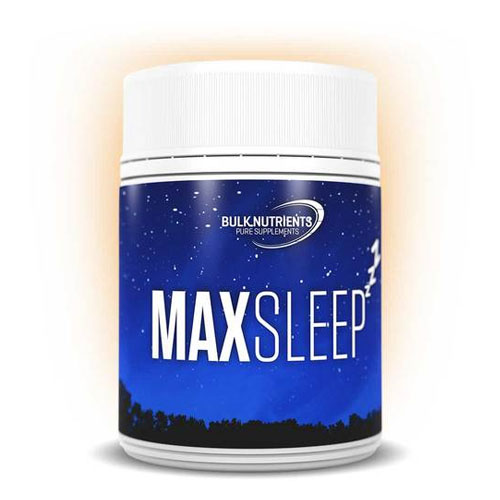 Max Sleep is a product developed by Bulk Nutrients to promote relaxation and recovery, to assist with sleep quality and to increase growth hormone levels.

The product was developed over a period of 12 months after extensive research of scientific papers, as well as critical analysis of other sleep supplements available on the market. Then came several months of trials to evaluate effectiveness, taste and potential side effects.

Essentially Max Sleep has been formulated to help you sleep deeper and wake up fresh for the day ahead.

This article details which ingredients we used, the dosages and how this alters the overall effectiveness of the product.

Most of the quantities used in Max Sleep are based on clinical research, however, we have generally used lower amounts due to potential side effects. This is for multiple reasons. The first is that when combined, ingredients tend to have compounding effects compared to when used in isolation, and supplements dosing needs to be designed for more sensitive individuals.

Let’s look at which ingredients have been used and why.

Several studies have documented GABA’s ability to increase GH when taken orally including the work of Cavagnini et al. (1980b), Coiro et al., (1994) and Vescovi et al. (1998). In a recent study, Powers et al. (2008) reported that supplementation with 3000mg GABA at rest illicited a 400 per cent increase in GH concentrations and that 3000mg ingested pre-exercise resulted in 200 per cent greater GH secretion than exercise alone.

On the basis of these studies, GABA supplementation presents the most evidenced and substantial secretion of GH. It is also well established that activation of GABA receptors favours sleep. Three generations of hypnotics are based on GABA receptor mediated inhibitory processes (Gottesmann, 2002). GABA is also reported to decrease sleep latency and the amount of waking (Schneider et al. 1977), and as such serves to fulfill the requirement of a sleep enhancing supplement as well.

Tryptophan and 5-HTP to increase drowsiness

Tryptophan is an amino acid that acts like a natural mood regulator and 5 HTP is a by-product of tryptophan.

Human studies involving tryptophan and GH are limited to relatively old research. However, research regarding tryptophan and sleep is vast. Tryptophan is noted in doses of as little as 1g to decrease sleep latency and increase sleepiness, even in individuals with no previously reported sleep disturbances. Tryptophan supplementation may be considered to have a relaxing and/or calming effect on healthy adults and would be well suited in a sleep promoting product.

Picamilon for its relaxation properties

Picamilon is a combination of Niacin and Gaba. When bonded together they react synergestically to create unique benefits. In the form of Picamilon, Niacin has the ability to cross the blood / brain barrier while taking the bonded Gaba component with it.

Picamilon has been shown to stabilise mood, help concentration, learning and memory. It’s role in helping sleep is most likely due to it’s stess and anxiety reducing properties, rather than having a direct sedative effect.

The relatively strong correlation of positive results from past publications suggest that L-DOPA is effective in increasing GH concentrations and as such fits the criteria for the supplement.

What about ingredients such as L Ornitine, Arginine and Lysine?

While these amino acids have various uses and benefits, the evidence of them assisting GH production and sleep quality is very limited. We spent many hours critically looking at research and where the results of trials had never been replicated (such as the Isidori study) we have not included them in the product. In trials it was also noticed that these ingredients had little effect.

Can I have a larger dose of Max Sleep?

If you find a single dose not effective enough, you certainly can take a larger dose of Max Sleep. The most potent products on the market tend to dose ingredients equivalent to a “double dose” of Max Sleep, however continual larger dosing will more quickly lead to side effects.

Are there any side effects of using Max Sleep?

Initially some people can suffer some mild discomfort from the GABA in Max Sleep. The feeling is somewhat similar to the “prickly” feeling some people get from Beta Alanine, which is a tingly sensation on the skin. This usually passes quite quickly, and is far less intense than the reaction from Beta Alanine.

Please refer to these articles for further reading. As some of these articles work on a subscription basis we are unable to hyperlink them. Article appear in order of reference in this post.