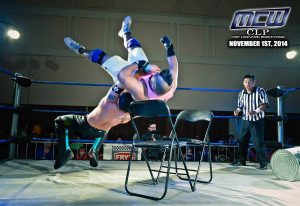 Should you be having a cheat meal?

A solid question, another solid question is: “Should you be spending so much time thinking about a cheat meal? Then click on articles as if they can validate your answer; which is of course ‘yes’.

What is a cheat meal? Good question, first let’s look at the definition of the word ‘cheat’.

act dishonestly or unfairly in order to gain an advantage.

Now let us look at the definition of the word meal

any of the regular occasions in a day when a reasonably large amount of food is eaten.

Ok so let’s put the two definitions together

To act dishonestly or unfairly in order to gain an advantage in regards to any of the regular occasions within the day when a reasonably large amount of food is eaten.

Confused? Good, let’s talk about something interesting then. Professional Wrestling.

It’s almost been a year since I started learning and perfecting* this craft. So far I have not met a Professional Wrestler that didn’t think he was the best wrestler on the card ( the card is the list of matches within an event ).  At the same time I haven’t even debuted yet and I already feel like I am the best wrestler on the card, I like that feeling. These feelings aren’t out of disrespect to the other guys/girls on the roster, more just a deluded vision we/I have of ourselves. That’s why the world of professional wrestling is the perfect environment for this kind of behavior. A chance to act out on the crowd and your opponent, in a flamboyant display of physicality and showmanship.

I’m going to answer a few more questions people have asked me.

The last few month’s power moves have been coming into play. Body slams, suplexes and the likes, you have to have guts to take these moves from someone like me. A) Because I don’t know what I’m doing and B) Because when I slam, Im slamming the shit out of you.

Here’s a small example. Picture 1 shows my coach Carlo Cannon getting lifted up over his opponents head. Please note the angle in which he’s headed down and please note photo credit is Corylockwood.com

The result of course it for the neck and traps to be driven through 2 steel chairs. Now note that these chairs had some rectal padding on them, but also note that this means shit when you’re getting forcibly driven through them at acute angles

Why would he do that? That’s crazy.

He’s the champion, the champion has to defend his title. It’s the rules of the realm. Just like you’re supposed to be at work by 9am every day. CC works off his fan base, people come to see him and cheer him on. In a way, they are inspired by him, those who lack the courage to go out and face what awaits them in the day to day world; instead cowering and hiding in the system – get to vicariously live through him for that brief period of time. Surely you can see the allure in that, as well as understanding the overwhelming feeling it can provide the individual instigating those emotions in people. It gets addicting and it drives you.

The credibility of wrestling though, it’s a bit of a joke.

Why? Because something that captivated you as a child and gave you hours upon hours of entertainment gets deemed uncool by some mid 20’s hipster with a beard, flannel shirt and a finger up his ass? Don’t talk to me about credibility when we have 1. Shirt fronting Putin 2. Kim Kardashian 3. Grumpy Cat the Movie.

Yeah question wrestling’s credibility when your 3 year old kid is reaching for you iphone so she can “take a selfie like mum”.

How’s the body looking after all this time?

Body looks good, just got to keep the fuel coming in. Stupidly trying to diet as if you’re doing a bodybuilding show doesn’t cut it, I’ve tried that and in a few weeks I was suffering and looking like crap. There’s no 100 gram carb days in the wrestling world, always they have to be up around 300-400. Even up there weight still seems to drop off.

Where can I go to watch some wrestling?

The guys my school is affiliated with is MCW, Melbourne City Wrestling who put on a really good production for those in attendance. They’re also sponsored by Bulk Nutrients so everything meshes together nicely as I plug this at the end. $20 a ticket for a few hours of high quality sports entertainment.

All in all that sums up everything I have to say at the moment. These blogs I and the other athletes do for Bulk Nutrients get read, but most would rather see before and after pictures of middle aged mothers.

*Perfecting is a very strong word