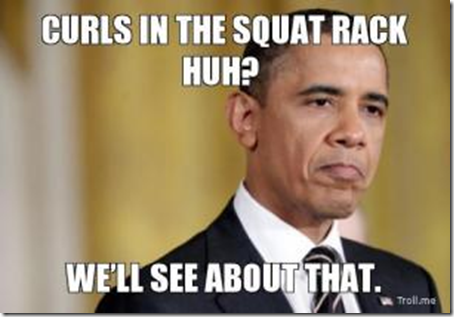 This week we answer questions about obnoxious gym lads, the Swole Bible and once again… protein farts. Because, why not?

This forum won’t be around forever, so we suggest you submit your question now to ensure you aren’t left with that niggling question unanswered.

Even better, we reward braveness with a bag of your favourite protein!

Would it help me build more muscle if I quote the Swole Bible loudly while working out?

Matthew 23:14-15 38 “Come, inherit the gains prepared for you, for when I was hungry, you gave me protein, when I was running, you hydrated me, when I had DOMS, you visited me, and when I was bulking, you spotted me.”

39 And the people asked, “Bro, when did we feed you and hydrate you and come to you when you were sick or struggling under the bar?”

Ben Ben Ben… where can we pick up such a gainspirational read!?

We see a bright future for swole quotes such as this, we think it could make the perfect edition to a t-shirt or perhaps a motivational poster? What do you think?

Anyway, we’re getting strung up in the beauty of your words and aren’t answering your question.

And, if quoting the Swole Bible doesn’t directly give you more gains it’ll certainly get you in the right head space to move those weights.

And for sending in such a poetic piece of the Swole Bible we’re sending a bag of protein your way, Ben!

Hey guys, recently there have been two blokes in my gym who have taken to doing all their bicep curls in the gym’s (only) squat rack. They are both definitely old enough to know better. Should I confront them about this sin, or just leave an anonymous passive-aggressive sign posted to the wall near the rack?

Oh, Phil how infuriating is this! We understand your pain.

The problem with putting up signage near the rack is that they probably won’t read it because they’re those kind of gym douches.

How many signs can be found around the gym stating, ‘put your weights away once you’re finished’? And how many gym-goers pay attention to these? Very few. Well, you might, but not those guys. They haven’t got a clue about gym etiquette if they’re curling in the only squat rack.

The squat rack is a highly-prized gym item as it builds that booty not to mention whopper quads, it’s most certainly not for curls.

Perhaps just ask nicely if they wouldn’t mind you working in with them as you’d like to do squats in the squat rack. Then just continuously load up and the bar and squat until they bugger off to another wall of mirrors that they can admire themselves in.

It’ll happen eventually, believe us. And then if they’re being difficult, tell it to ‘em straight. You know what to say, Phil.

We were just waiting for a question about steroids Robin…

Hi Guys, there is a dude at the gym who is bigger than me, is he on Tren?

Now, now Robin, don’t go jumping to assumptions. He could just be putting in a huge amount of hard work at the gym and in the kitchen.

We understand that it’s only natural to be jealous of someone in the gym who is bigger than you, but he may have earned it!

That is unless he’s undergone a fast transformation like this.

Then it could definitely be the result of a cycle, and not the cardio kind.

And finally, we have Ryan with a query about protein farts…

Are protein farts real? Or, are they something mythical dreamed up by non-lifters so they can feel better about their sedentary ways?Well, wouldn’t you know Ryan? If you were a lifter you’d know and wouldn’t be asking this question are we right?

Well, wouldn’t you know Ryan? If you were a lifter you’d know and wouldn’t be asking this question are we right? ;)

Anyway, we would say that protein farts are indeed very real.

The gym is certainly a place for protein farts. All that tensing and exerting of energy and effort is the perfect recipe for one slipping out!

Plus those gym-goers consuming high protein diets are especially susceptible to the dreaded protein fart.

Scientifically, a diet high in protein can cause increased gas. This is because protein can be hard to digest.

Protein farts can be more pungent when smashing down whey protein shakes too if they contain a fair amount of lactose. This is because the body often struggles to digest lactose (especially for anyone sensitive to lactose or dairy)!

So protein farts aren’t as mythical as you might think Ryan.

And that’s it guys! Thanks for all your questions so far.