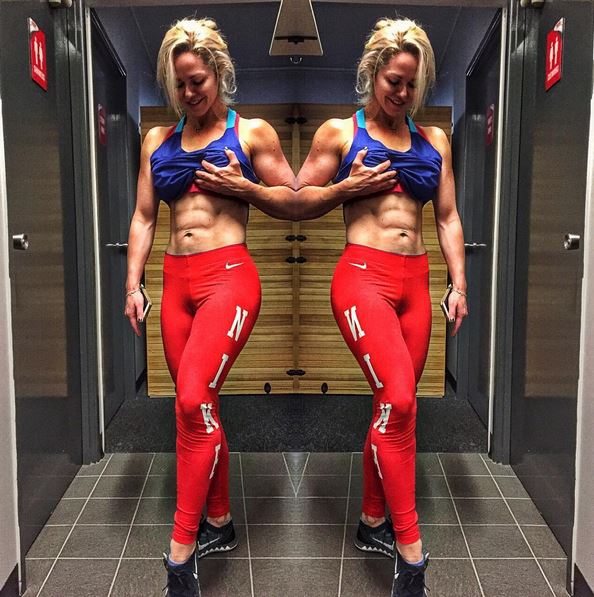 Strong is the new skinny. Girls who lift. Fit fam.

If you’re a woman in the fitness industry there’s no doubt you’ve heard these terms on repeat for the last few years.

While the 1990’s were a time of dangerously thin models, the following decades have emerged as a time where woman are encouraged to eat well and build strength. It’s a time of breaking all the previously unwritten rules of the gym and joining the men on the squat racks and smith machines. In fact, many men now say they respect a woman who lifts. But unfortunately, many women are still too intimidated to encroach on the weights section.

There is no better time than now ladies, to break out of your comfort zone and take your rightful place on the weights floor.

Just recently 25-year-old Adelaide woman Kayla Itsines cracked on to the BRW Young Rich List of successful entrepreneurs under 40. Her and her partner Tobi Pearce have earned an accumulated wealth of $46 million for their business, The Bikini Body Training Company. Kayla Itsines and her 12.6 million combined social media followers have become a household name among avid female fitness starters, who have adopted her Bikini Body Guide and meal plans. Her Instagram community has its own user handle with many accounts using the @joebloggs_bbg style username. Indeed #bbg has been used over 4.5 million times. To top this her recent app Sweat with Kayla gained more revenue than any other app downloaded this year.

Itsines shows the extent to which female fitness celebrities are on the rise.

WBFF Pro and Bulk Nutrients ambassador Alicia Gowans runs her own personal training and nutrition business. While her personal Instagram has over 6000 followers, her business Instagram Ally’s Angels and Alphas is fast approaching 2000 followers and has already built a great community for people in her program to look for inspiration and support. She puts the rise of female fitness celebrities down to their increasing accessibility via social media platforms.

“Five or ten years ago to be ‘seen’ or be ‘famous’ you had to be either a singer, an actor or featured in magazines. If you were famous, you were only accessible to a relatively small number of people limited by the readership, viewership, or number of listeners. Now many of the current female fitness celebrities are your ‘girl next door’ type of people, who have come from humble backgrounds and simply shared their story as they have progressed on their fitness journeys. Where once only those in their immediate circle would have known about their trials and triumphs, with social media these struggles and victories can be shared around the globe to a massive audience. People can follow the journey of their favourite ‘celebrities’ on a daily basis, and in a sense this drives a strong sense of personal connection.”

The first time I personally became aware of female fitness celebrities was when Michelle Bridges featured on The Biggest Loser Australia. In 2010 she started her own 12-week body transformation program, which saw her make it into the Guinness World Book of Records twice for helping Australians to lose over one million kilograms from her online diet and exercise plans. Her 12-week body transformation cult started on Instagram in a similar way to Itsines now, with the user handle @joebloggs_12wbt.

Since then there have been ample like-minded young women forming their own communities of bikini body fans. Many of these women have been able to utilise social media platforms to build cult-like communities.

Gowans says it is these fans that are further pushing the female fitness celebrities reach.

“All these people will have followers who listen to their every piece of advice, buy their products and their clothing lines. It is their ‘cult like’ status that makes them a marketable commodity, which in turn feeds their cult and celebrity status.”

More recently I was surprised by the popularity of these online fitness celebrities growing presence at this year’s Brisbane Fitness and Health Expo. Walking around Brisbane at 9am in the morning I was confronted by a mass of young women all sporting two braids wearing gym gear. They were all headed from the same place, which turned out to be a 45-minute class from Ashy Bines for her Booty Tour. Through Bines’ Bikini Body Challenge and 28-day Booty Challenges, she has managed to build a huge cult-like following all originating from an online presence.

Gowans thinks there is now and will be for the foreseeable future.

“We have also seen a quite meaningful change in the fitness industry away from super skinny and thin, to women who are strong and curvy. The increased emphasis on healthy lifestyle, balance, and enjoyment of fitness, has made fitness more practicable, relatable, and important in the context of daily living. As more and more people tap into this concept and see the value of health and well-being, there is not only a natural growth of the number of people who are in to fitness, but an increased need for fitness role models and sources of inspiration.”

However, is the difference in each program enough to justify an influx of up and coming female fitness celebs?

In fact, behind both competing Emily Skye and Ashy Bines’ fitness programs is Bines’ husband and personal trainer, Steven Evans. Evans initially approached Skye to be the face of his new program following the huge success of his wife Ashy’s. In this case with similar programs, choosing a diet and exercise plan largely comes down to preference in personality rather than actual program.

As well as this, it could be argued that a standard online plan may work for one person, but not for the next. How can these female fitness celebrities cater individually to all of their followers, when their following is now so vast?

Gowans says she purposely keeps her client base small, so as to allow each individuals’ needs to be met through customised programs.

“From a practicable standpoint many fitness celebrities who offer diet and exercise plans for download, are unlikely to have personally connected with each person using their programs in a one-on-one capacity. I differ from many other coaches who offering similar services in that my diet and exercise programs cannot simply be downloaded. Every person who is an online client is provided with a tailored program specifically for them. No two plans are ever the same, as no two people are ever the same. While it may be a great time saver, such programs will never achieve the same results as a truly individually focused program.”

Alicia Gowans with members of her fitness program ‘Ally’s Angels and Alphas’.

However, with more female fitness celebrates rising every week on Instagram the answer to whether there is demand for downloadable fitness and diet programs must remain a definite yes.

Just recently FitGirlCode reported a huge growth with over 200,000 women worldwide now using this online program. FitGirlCode like many others started as a small Instagram account aimed at creating a space for health and fitness enthusiasts to share their healthy recipes, workout and beauty trends. The site now offers its own eight-week transformation challenge – slightly less than the usual 12 week – but for a price too.

These online communities for fitness fans or fit fams have become hugely popular in the last few years. In fact, the #fitfam on Instagram now has over 54.5 million uses and is a widely-known term. While many see the #fitfam as an inspirational, close knit community for members to share their stories without fear or judgement, others see it as an excuse to post gym selfies.

But at the end of the day it comes down to what inspires each individual. Everyone has different expectations of health and fitness and what works for and inspires one person, will have an adverse effect on another.

Gowans says these online communities are an excellent place for building a network of like minded individuals, who will inspire and encourage each other.

“The combination of social media and the changes in the fitness industry, has made the average persons’ fitness goals seem more attainable, achievable and more fun. People are looking externally for the reassurance and motivation they think they can achieve and the girl next door fitness model community is a great source of this motivation and inspiration.”

“Encouraging clients to be proud of themselves and their achievements is important and posting across social media allows positive recognition to flow back to them from like minded people. Posting their progress shots in a public forum, really allows them to stop and take stock of not only their own personal journeys, but what they can achieve. They realise they can be an inspiration to others and this offers great encouragement to their own journeys.”

Whether you believe in these #fitfam communities and take inspiration from female fitness celebrities or not, there’s no denying their continued rise to fame and success.