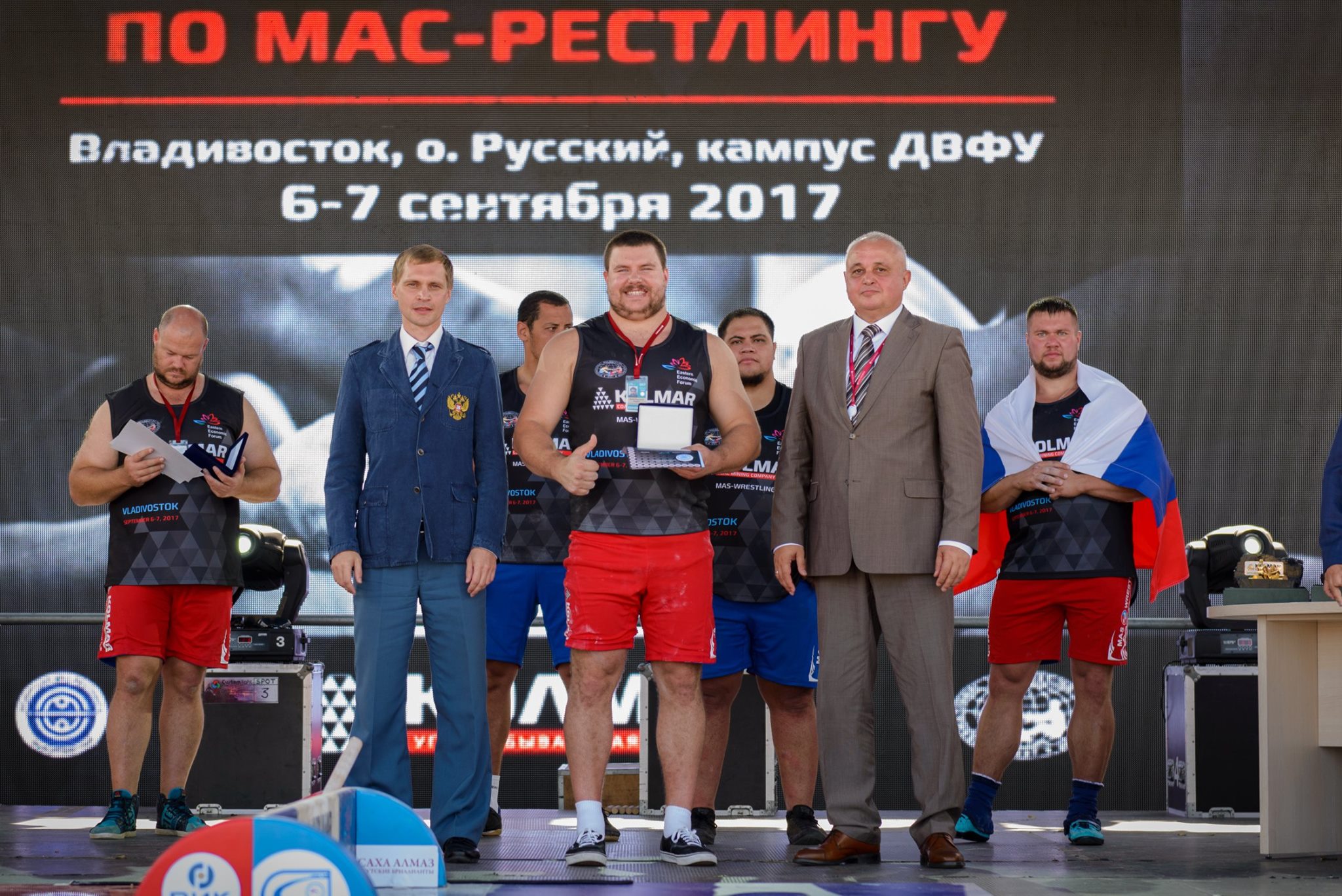 Mas Wrestling is the international name used for the traditional stick pulling competition “mas tard’yhyy” from the Russian Federal Republic of Sakha.

How does Mas Wrestling work?

Two athletes sit opposite one another and prop their feet against a wooden board. They both grab onto a single wooden stick and upon the referee’s command, try to pull the stick loose from their opponent’s hand.

There are a few minor rules but in short, the goal is simply to rip the stick from your competitor’s grip or pull them over to your side of the wooden board to win the round. Each match is a best of three rounds and each round lasts anywhere from a few seconds to a maximum of two minutes.

You can see an example of it in this video.

I was fortunate enough to attend the recent Kolmar Cup Mas Wrestling Tournament in Russia as part of the Eastern Economic Forum.

I took part in four matches and ended up placing 4th overall. My first three matches were won or lost based on strength alone.

Dave receiving his award after Mas Wrestling in Vladivostok.

How to master Mas Wrestling

In my 4th and final match I was beaten by a Russian who was smaller and weaker than me, but had vastly superior technique and agility and I was simply no competition. Being good at Mas Wrestling requires a few key elements.

Posterior chain strength is absolutely essential here so a combination of upper back, lower back, glutes and hamstrings are all vital if you want to beat your opponent with brute strength. In short, having a big dead-lift goes a long way in Mas Wrestling.

When evenly matched against an opponent on strength, the winner often comes down to who has the better grip and is able to hold on longer. Ditching straps and performing dead-lifts, farmers carries or static holds are just some of the ways to boost your grip strength.

Simply being fast and agile and using your opponent’s weight against them is a very difficult but effective technique in Mas Wrestling. This often comes with great experience once strength and grip are no longer enough to win matches.

Dave receiving his award after Mas Wrestling in Vladivostok.

Interested in watching a match of Mas Wrestling or even trying it out? Check out some local events here.