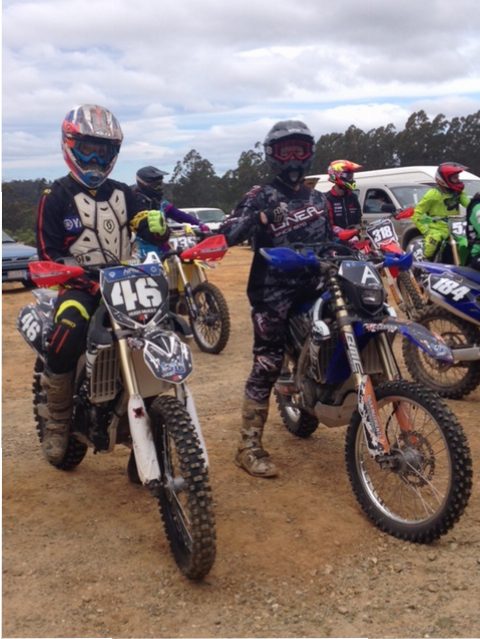 Over the weekend Hugh McKay, a rider from Bulk Nutrients sponsored Motocross team, Proformance Yamaha, teamed up with our very own general manager, Ben Crowley, for the 2016 Day in the Dial Enduro Motocross (MX) event in Penguin, Tasmania.

This annual race is very unique, as it is a MX and Enduro and continues for three hours.

Past winners include World GP Enduro Champion, Matt Phillips, therefore proving it certainly has some credibility.

The loop is roughly 10 to 15 minutes long. Each lap of the MX track is followed by a tight, tricky track through the bush, with teams having to complete as many laps as possible in three hours.

At only 16 years of age, Hugh McKay is one of the fastest riders in Australia – in the under 19 category. While our general manager, Ben until now had never raced in his life – usually being happy just to ride for fun.

Last year Hugh got second in this event with a much faster partner. So when he and Ben won the Pro Lites category this year they were completely blown away.

While most teams alternated two laps each, Team “Proformance Bulk” opted for Hugh to do three laps and for Ben to do one.

Ben’s goal was simply to stay on the bike, not to crash and to try not to lose too many positions, with Hugh doing most of the hard work.

Ben was blown away by Hugh’s determination. He was likely the youngest rider in the race, in a discipline which isn’t his typical forte. Adding to this, he rode more laps than anyone else in the race – having to do three in a row.

Ben said “It was an honour to ride with someone like Hugh, who put in 100 per cent and it was just a pity he was too young to share a beer with afterwards.”

Congratulations to everyone who raced the Day in the Dial and made it an awesome day. Especially to one of Tasmania’s fastest girls – Morgan Wright who helped Ben when his bike got stuck.

Many thanks to the Whitten Brothers Proformance Yamaha for their valued association, the Coastal Motocross Club for putting on the event and of course to Hugh McKay.