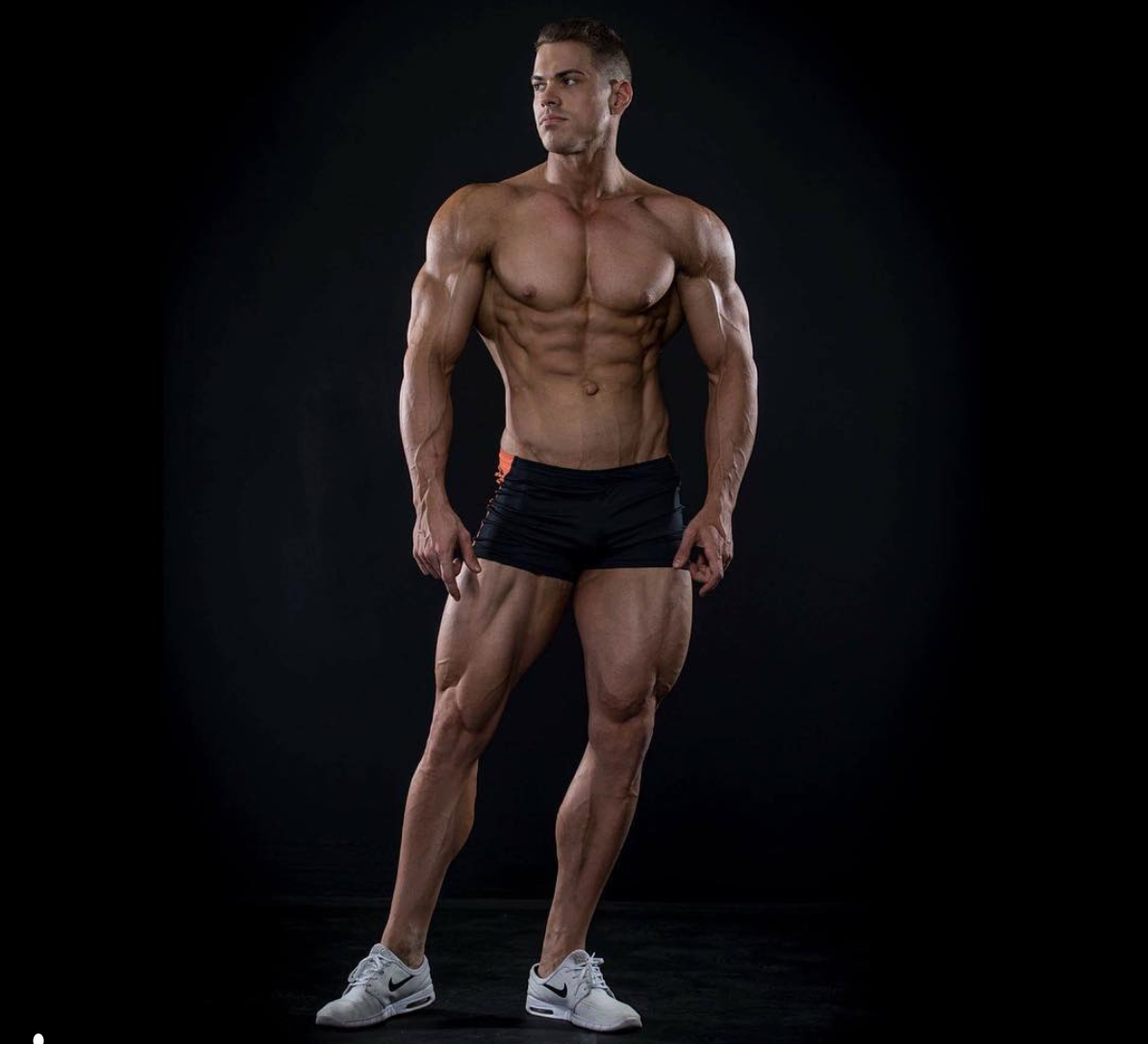 Interested in learning how going plant-based can affect your health?

Being a WBFF Pro Muscle Model and sponsored athlete makes him an interesting and unusual athlete to speak to about the positives and negatives of a plant-based diet.  Here’s what he has to say.

Why did he make the change?

In Feb 2017, Sam decided to go vegan.  This was a big step for anyone, but being a WBFF Pro and previously eating up to 50% meat in his diet, it was a HUGE leap for Sam.

Sam says he wasn’t inspired by one single event or a fear mongering documentary, it was more a compounding feeling of guilt from the amount of meat and animal products he was consuming.

The following is an example of Sam’s animal-based intake for a single day at peak consumption:

Putting that in a grocery cart weighed on him. In a single week that equates to over 4 dozen eggs, 7kg of meat and 3 – 4kg tubs of yoghurt. He found that weighed heavily on the bank card and conscience.

Then Sam started looking into meat substitutes and discovered there was an influx of replacement products in supermarkets. This is largely due to the demand for these products growing. So over time he found it quite easy to gradually switch to vegan, in fact meeting his nutritional requirements and sticking to a weekly budget was the easy part.

How did he make the transition?

Sam didn’t originally plan on going 100% vegan, he only planned on minimising his animal product consumption.  But, through a process of elimination of products from his diet and replacing them, before he knew it he’d cut everything out and says he was feeling better for it.

The main positive Sam notes about going vegan was the initial feeling of health improvements. His skin was better, digestion was super-fast and inflammation was noticeably lower.

The improved health benefits lasted 6 – 8 months before he gradually started feeling a bit ‘off’.  He said he got lazy with his supplementation (Vitamin B, EFA’s) and was consuming a lot of soy.  Sam started feeling lethargic and noticed his hormones changing negatively (through blood tests).

Fast forward 6 months and Sam’s now eating the occasional small portion of meat (max 200g/day) and farm eggs from a local gate side honesty store he found on the way to work.

He now feels as good as he did when he dropped his excessive animal product consumption minus the negative side effects of hormone problems and fatigue.

Sam feels he’s found a good balance for his situation, he’s not saying that being 100% vegan is bad for your health or can’t be done properly, just this way suits him best.

He confidently states the current situation sees him feeling great with a clear conscience.