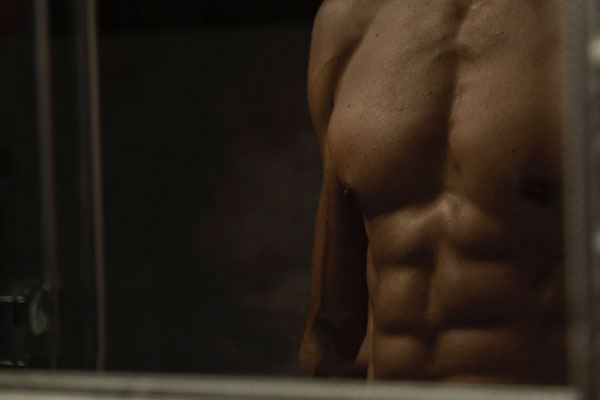 Think about all the chest exercises you know: there's flat varieties, incline, decline, you name it! But which one is the best for growth? Is there even such a thing? By the end of this article, you'll know more about the best exercise for chest growth, and how to implement it into your training program.

A recent study examined 10 resistance-trained males with an average age of 22, having them perform 5 chest exercises and comparing them to how the barbell bench press fared. The exercises we're talking about are:

And the researchers subsequently ranked them as follows:

One finding that interested gym-goers everywhere was that the pec-deck machine turned out to be better than the classical dumbbell bench press. But wait for a second! This doesn't mean you should ditch the bench and go with the machine flies; what was actually discovered is that on an individual level, their technique was better on the machine pec deck flys and so more muscles were recruited.

It simply means that beginners may get more from the pec-deck than a barbell bench press because having good form is a difficult thing to grasp in the early stages.

The other findings of the research pertained to what part of the chest was recruited the most during which exercise. And before we dive into these findings, it's important that we understand there are no "upper" and "lower" muscles to our chest -- it's all one big muscle.

The chest is all one big muscle -- you can't 'isolate' parts of it during lifts.

So whilst you can stress the "upper", "middle" or "lower" part of your chest, honing in on one from the start and finish of a set is impossible. They are all recruited at some point. But to keep things easy moving forward, we'll still refer to them as the "lower" and "upper" chest for simplicity.

Ok, so whilst you're yelling at the screen now wanting us to tell you which exercise recruited all three parts of the chest the most...the answer was...

So why was this the case? Because it was the exercise in which subjects could lift the MOST. Therefore, the electromyography readings came out the highest. We've spoken about electromyography in other Bulk Nutrients blogs before, but for those of you that are unaware, it involves putting electrodes on muscles and measuring the activity within them during a given exercise.

But hold on! Before you rush off to start doing countless reps of decline barbell bench presses...

When the fact they could lift more during the decline barbell press was factored into the data, a new winner emerged; the 45-degree incline bench press. This is because it was found to activate the "middle" and "lower" chest more, whilst increasing the "upper" chest activation by 69%.

Decline and incline bench presses spell a brilliant workout for your chest.

But when answering the question of what activates the chest more as a whole, the decline bench press is still the winner, despite the advantage of more being able to be lifted during them. And the incline bench is the winner when it comes to activating the "upper" chest (no surprises there, but it's nice to have our educated guesses confirmed).

So for a bigger chest, the incline bench press should be prioritised, as it will ensure our chests get a "fuller" look.

But here's the good news, we don't go to the gym and do just one exercise for the chest and go home. So, we can utilise both the decline and incline presses to get the biggest chest possible.

Additional research looked at another age-old gym question: are incline presses or flat presses better? The researchers wanted to learn how best to target the "lower" and "upper" chest. They reported that both "the flat and incline chest press exercises is necessary."

So once we've looked at the relevant data, we learn that decline, incline, and flat bench presses are all important. It's funny because that's what most people do instinctively anyway! But the point is the aforementioned information reveals why.

And, the findings can still pave the way for a science-based chest workout that can give us our best shot at growing the biggest, thickest chest we can.

When all data is considered, the decline, incline, and flat bench presses are all important approaches.

We will state the obvious: there are no "perfect" chest workouts. But mixing up the following exercises is a great place to start!

You can also try:

These workouts are based on the summary of the aforementioned science: the decline bench press works the overall chest the most, whilst a thick and full chest is achieved by working the "upper" chest (in which the incline barbell bench press is best). Chest workouts that include both these exercises ensure you're on your way to building your biggest chest possible.