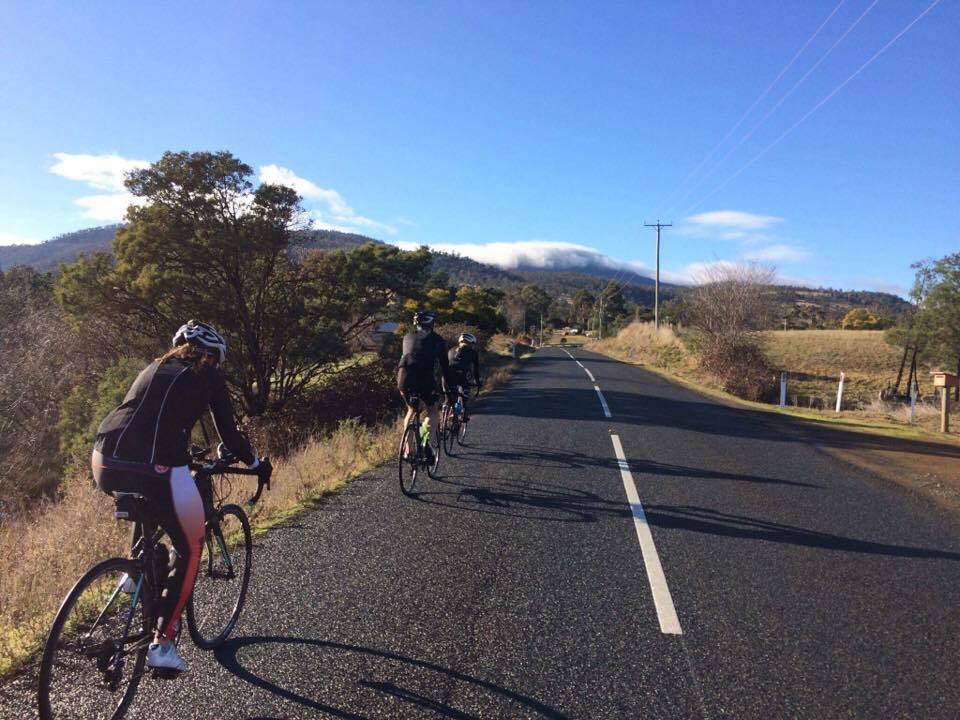 Today, I was half of the way through my ride, my longest yet at 85km when I hit a wall. Some of you might think this distance is crazy, some of you might ride that all the time.

So, Sitting at about 40km, I hit a terrible wall that made every push of my pedal hard, every small hill becomes a mountain and all my momentum become work. It becomes a new mental state that you either control or else let it control you.

When I started my ride I was excited. My longest ride, who doesn’t love accomplishing something? And that’s what I felt like I was doing. I was thinking ahead to about 2pm when I would be finished and 3pm when I would probably be eating a delicious smoked salmon salad roll and a sneaky Reeses Peanut Butter Cup. But first, I had to do it.

When I ride or train any form for that matter, I don’t look at the daunting big number – 30 reps, 10 heavy squats, a 10km run or in this case an 85km ride. I break it down 4 x 20km as an example. Nothing too big that’s hard to keep track of though. I don’t want to try and think about 17 x 5km. Whatever it is, it keeps my mind a little occupied, ticking off small goals along the way to keep me motivated and making a dent in the bigger task at hand.

In this instance, I had mapped out a course. I started somewhat in the middle of the course distance so I was 20km out, 20 back in, 20 out the other way and 20 back in again. This kept the scenery different and the sub tasks easily monitored.

Planning the ride in advance helps.

My wall hit as I came in from my first out, which equally meant I was coming back past home. Who would have thought that desire to just go left back up the drive way would be so great.

Hitting a wall through your ride or sport is like no other, there isn’t a lot of explanation to it. It comes on fast, without warning and it becomes all consuming. Let it consume you and the remainder of your session can only be described as hell. Take control of it and you will feel like not only did you accomplish your goal, but you out spoke yourself and become boss again.

I’m a pretty controlling and stubborn person, so I wasn’t calling it quits just yet.

Refueling to help get through

First I thought I must be pretty hungry and in need of some nutrition. I stopped and pulled out an unfortunate Breakfast Bar that had become a little ‘crumbed’ from my ride. Never the less it tasted the same. I always consume my BCAAs while I ride, so I downed a good amount of these, because dehydration by just 2% can decrease sports performance and they provided some energy I was craving.

With some more fuel in me, I just had to wait for it to kick in and bring me some of that energy. Slowly each motion because less painful, a few good down hill runs brought my speed back up and knowing that each time I passed something, I would be coming back the other way next time on the home stretch.

Fuel gave my body energy, something to burn and power to keep going, but my mentally I knew had to change my attitude.

Dealing with a psychological wall

One of the biggest barriers to overcoming a tough feat, an unknown circumstance, a new PB or a first in any aspect isn’t always your body’s physical ability, it’s your mental capacity to accept that you actually can do it. If you’re a personal trainer, how often do you hear someone say ‘I can’t do it’, and think ‘why can’t you?’

Mentally I had to change from ‘this is too hard’ to ‘it’s meant to be a challenge’ because that’s what will make me stronger. From ‘I can’t do this’ to ‘you did 70 last weeks this is only a little bit more’. And from ‘this is taking too long’ to resetting my mental clock ‘I have just started, there’s only an hour and a half to go’.

The power of positive self talk

Positive mantras and mental states have been proven and used by athletes and coaches alike. Mark Tewksbury used the mantra, “Why not me?” For the London Olympics, and Michael Phelps changed his thinking from pressuring himself to win to encouraging himself to ‘just have fun’ during his Olympic events in 2012.

So with my own encouragement, small goal setting and positive talk, I ended up finishing what I had set out to do. And now, I know I can do it, so what does that mean?

I can make my effort stronger next time, expect the wall in case it comes and know how to deal with it or prepare further with more fuel beforehand to prevent it creeping in. The important thing is to remember the take homes from overcoming a barrier and hitting goals.

Some tips to help