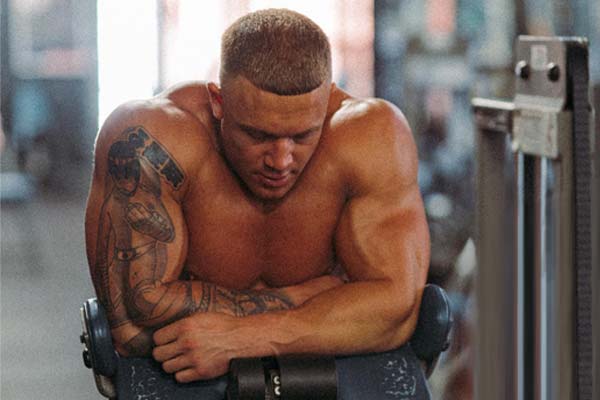 Creatine... the claims stretch far and wide, both positive and negative.

How can we discriminate fact from fiction, are all of the above claims correct? Are none of them?

I will attempt to clear up some of the confusion surrounding this groovy white powder to help you decide whether creatine is a worthy weaponry addition to your supplement artillery.

Firstly, what exactly is creatine?

Creatine is one of the most popular supplements for athletes, grounded in years of well-controlled scientific studies.

Chemically speaking, creatine is a member of the phosphagen family, a naturally occurring amino acid found in red meat and seafood, and in our muscle. Inside our muscle, around two thirds of that creatine is in the form of phosphocreatine, with the remaining being free creatine.

During the day, about 1-2% of our muscle creatine strores are released into the urine (as a metabolic by-product) and as a result we need around 1-3 g of creatine per day just to maintain our muscle creatine levels. But don’t stress, this can usually be achieved by food, and creatine synthesis by our liver and kidneys.

Why is creatine so popular as a supplement?

As we discussed, the majority of creatine stored in our muscle is in the form of phosphocreatine, a creatine and a phosphate molecule joined together. When this molecule is broken apart (called hydrolysis) it releases a small packet of energy. This energy is then used to combine another molecule known as ATP, which is the energy source for our high intensity training efforts.

By having more phosphocreatine in the muscle, it means we can make more ATP, especially during maximal effort exercise. Studies have consistently shown that supplementing with creatine (or increasing our phosphocreatine storage) can improve training performance, as well as enhance the adaptations from that training. The benefits don’t end there, other research within the realm indicates that creatine can improve post-training recovery, prevent injuries, help to manage body temperature levels, and even protect the nervous system during concussions. Cool huh.

How will creatine supplementation help my gym performance?

In a nutshell, creatine supplementation will increase the muscle stores of creatine and phosphocreatine, allowing an athlete to do more work over a series of sets. Improving the volume and quality of work over a number of sets can lead to greater gains in strength, muscle and performance.

After a period of creatine supplementation, high-intensity and repetitive exercise performance can increase by up to 10-20%! Recently, the International Society of Sports Nutrition concluded that creatine is the most effective performance supplement available to athletes in terms of increasing high intensity exercise capacity and lean body mass.

I’m sold, what is the best way to take a creatine supplement?

In a normal day of eating including some lean meats, this might yield 1-2g of creatine. However, under these circumstances, this only saturates (fills up) our muscle cells with creatine by 60-80%.

The most effective way to increase this number - so we have more phosphocreatine for high-intensity energy production – is to consume 5g of creatine monohydrate, 4 times daily, for 5-7 days, known as a loading phase. After this loading phase, muscle creatine stores will be fully saturated, and this can then be maintained by just 1 serve of 3-5g of creatine every day. With that said, the loading phase isn’t essential to reach muscle saturation. You CAN reach muscle saturation on just 5g of creatine daily (or the maintenance dose), it just takes a little while longer.

Interesting to note, some research suggests taking your creatine with carbohydrate or protein can increase the creatine retention within the muscle! Don’t stress out if you miss one or a couple days of dosing, studies have shown that it generally takes around 4 weeks of NO creatine supplementation before creatine stores go back to baseline.

I’ve heard of other types of creatine, are they better than creatine monohydrate?

There are a number of creatine variants that have hit the market, including but not limited to creatine nitrate, creatine ethyl ester, buffered creatine, and creatine citrate. The question exists, whether any of these variants can outperform traditional creatine monohydrate.

If any of these variants were to be superior, they would need to show greater creatine retention within the muscle or undergo less degradation. Unfortunately, none of these claims have been shown in research. Given that the variants are often higher priced, and the benefits have not been verified, stick with what we know, creatine monohydrate!

Is creatine dangerous at all?

No study has reported any adverse or negative effects of short- or long-term creatine supplementation. If anything, performance and/or health benefits are reported, including in individuals with various diseases.

The only consistently reported side effect from taking creatine has been weight gain. For most guys and gals trying to add size, this might not even be considered a side effect! In a number of recent systematic reviews, a number of myths surrounding creatine safety have been dismissed. Creatine does not increase the risk of muscle injuries, dehydration, muscle cramping, stomach upset or damages the kidneys.

Just to put you at ease, even 30g of creatine daily for 5 years was not associated with any kidney dysfunction! The repetition of these health findings provides solid evidence that creatine monohydrate is safe to consume and well-tolerated, and can be consumed throughout the lifetime to improve not only gains and performance but also to promote general health.

Should I avoid creatine if I’m under 18 years of age?

Some creatine critics have suggested that creatine use is unsafe in younger populations. However, it’s important to point out that this is more of a legal precaution as opposed to any scientific evidence showing that creatine shouldn’t be taken by adolescents.

As we touched on above, many studies - including those with high doses of creatine - have been conducted in many different populations, comprising those young and old. In those studies, no negative effects have been observed, while health or performance benefits almost always are.

At this stage, creatine at the recommended dose doesn’t seem to pose a health risk to individuals under 18 and is a viable tool adolescent athletes might use to improve training adaptations and reduce injury risk.

But won’t creatine make me watery?

Nope! This is one of creatine’s biggest myths. Yes, creatine supplementation is associated with increased weight gain from water retention. But this water retention occurs within the muscle cell, helping to give your muscles a fuller and rounder appearance. As long as water isn’t being retained outside the muscle cell (extracellularly) then you won’t “look” watery or have any blurring of condition or detail.