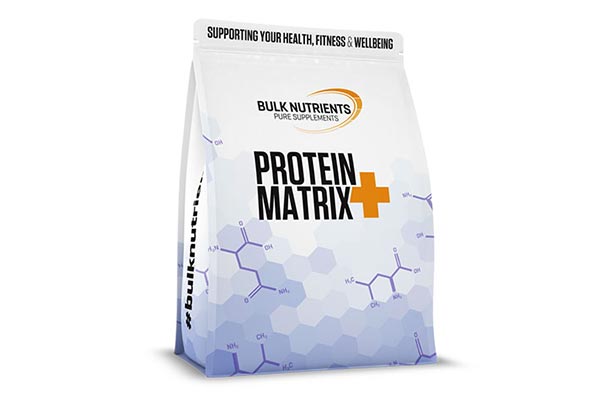 Protein Matrix+ is a protein blend developed by Bulk Nutrients.

We at Bulk Nutrients have always prided ourselves on offering 100% pure forms of WPI and WPC so the end consumer can make a choice about what they want in their protein. You can take our products and add additional supplements to create your own unique blend, or take them as-is.

In recent years, however, you've told us that you want us to create a blend for you. Something you can trust as much as our pure WPI and WPC, but without the hassle of calculating and mixing your own.

Hold up, what's a protein blend?

Blending these proteins allows the final product to contain a wider range of amino acid spectrums, peptide bonds and absorption times, providing you with a balance of both proteins (and more).

Is there a downside to protein blends?

Protein blends do allow some manufacturers to add in what the industry calls 'fillers' to extend the product - this is a cost saving exercise just like cheaper ice cream often being lighter and fluffier - a result of adding extra air during the mixing process which makes the end result go further.

This is exactly why we offer customers sample testing of their proteins so they can be sure that what they are taking lives up to the advertised nutrition profile.

However, the advantage of a protein blend is that it does give the manufacturer more flexibility around taste and mixibility. For example, adding casein and xantham gums help the end result taste more like a milkshake than a standard protein drink.

It's important that the additions are balanced against the overall nutritional value of the protein though - there's no point in something tasting delicious if it doesn't deliver the outcome you're wanting!

What is Protein Matrix+ made of?

These proteins are selected for their great taste, as well as the fact whey is renowned for its very high levels of branched chain amino acids and essential amino acids, protein efficiency ratio as well as biological value.

As quite rapidly absorbed proteins, whey is suitable for use around training time when protein needs are higher.

In addition to that, we use a special enzyme which helps deal with any lactose side effects.

For most people this will largely go unnoticed, however we believe there are many people who suffer from lactose related side effects that are unaware of their issues, and upon taking a protein containing the lactase enzyme notice they feel better, with no discomfort or gas whatsoever.

For those that can’t tolerate lactose and can usually only consume a pure isolate, our Protein Matrix+ will be a welcome relief which should see them completely side effect free. (Find out more about lactose intolerance here.)

How did you decide on this blend?

We're going to delve a bit deeper to answer this one.

In determining which types of protein were used in a blend the factors we look at (apart from taste and mixability) are protein efficiency ratio (PER), biological values (BV), net protein utilisation and corrected protein digestibility.

Protein efficiency ratio is a value determined by animal growth. Basically, when tested on animals (generally rats) the more an animal grows from a given amount of protein, the more efficient the protein is said to be.

Considering all proteins have virtually the same energy content, the fact there are dramatic differences in protein efficiency is very interesting.

Biological value measures protein quality by calculating the nitrogen used for tissue formation divided by what is utilised from the food. Again this measures the efficiency in which the body can “use” the protein.

This value devised by the Food and Agriculture Organisation and World Health Organisation is considered one of the most accurate measures of proteins values.

Whey Protein, with a score of 3.2 BV is one of the most efficient proteins in terms of growth. In terms of its biological value, whey protein has a score of 104, which is the highest rating of any protein source known to man. Its net protein utilization is 92, which makes it virtually equal first place with egg at 94.

Caseins values are 2.5, 77 and 76 respectively which while lower than whey still make it a very high quality protein source, as it out does beef on two of the measures. Both whey and casein score 1.00 points on the protein digestibility corrected amino acid score. 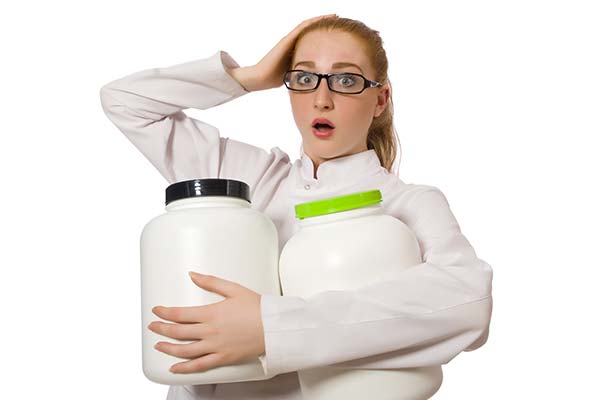 So, what does actual research tell us?

While to many these scores are largely theoretical, it is difficult to argue with all the research on both sedentary and active people that use whey protein.

In addition to its measured values and impressive scores, whey has a large number of bioactive peptides and is also rich in vitamins and minerals.

Interestingly, highly processed whey isolates are not always seen by experts as being the best, as many are heat treated during the purification process.

Protein Matrix+ contains both whey concentrate and isolate, which are importantly both cold filtered, so remain undenatured.

Whey protein contains large amounts of cysteine which can enhance glutathione levels which has been shown to have antioxidant properties and can assist combating disease, and BCAA’s which evidence has shown protect from catabolic action.

Casein, which is the major component of protein found in milk, accounts for 70-80% of milk's total protein. Milk proteins are said to have great effect relating to the uptake of nutrients and vitamins and are also a source of biological available peptides. Casein, like whey, is a complete protein with high levels of minerals calcium and phosphorus.

Perhaps the biggest advantage of Casein is its ability to form micelles (large colloidal particles). These gel in the stomach and provide a slow released form of amino acids which last for many hours.

The theory here (which has been backed up by research) is that slowing the absorption increases efficiency and allows better total nitrogen retention.

Has research actually said one protein is better than another?

Unfortunately little research exists which compare protein sources, so a lot of emphasis is often placed on the various measures of protein scores that have been discussed earlier.

A study in 1997 by Boirie and associates compared 30g serves of Casein and Whey, with interesting results. The results showed that after whey protein ingestion the appearance of amino acids in the blood stream was very fast, where as when casein is ingested the absorption is much slower.

On first glance the fact whey increased protein synthesis by 68% and Casein only affected it by 31% makes whey look superior, however when researchers measured net leucine balance after 7 hours, casein ingestion showed a much greater leucine balance.

Basically, whey protein stimulates a rapid synthesis of protein, but a large proportion of protein may be used as fuel (for energy). Over a longer period of time, casein may well result in a greater accrual of protein as more of it is used for repair and growth, rather than fuel.

Subsequent studies on whey have shown that repeated ingestions in smaller quantities are more effective than one single dose, even over as short a period of 4 hours, and when consuming whey in this fashion the net leucine balance was ultimately better than when ingesting casein.

Unfortunately, the practicalities simply aren’t there for most people to consume whey every hour or so, which is why blends may be not just more efficient but a lot more practical.

Casein and Whey are both complete proteins derived from dairy, however the amino acid spectrums of the two are very different. Whey contains about 80% more glutamine than Casein, as well as 20% higher leucine levels.

While results of leucine balance are one thing, a study comparing the two proteins and their effects on body composition (12 weeks of supplementation on overweight police officers) showed significantly greater strength and lean muscle recruitment in those who ingested casein.

Doses for both proteins were based on two serves a day (8-10 hours apart) and a total protein consumption of 1.5g per kg of bodyweight a day. 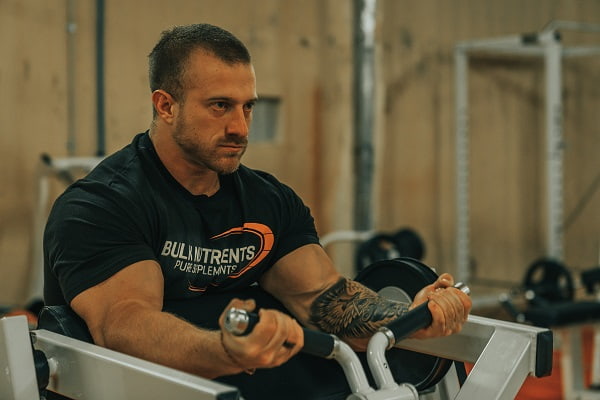 What about studies combining the two?

A study which looked at combining casein and whey was done at Baylor University (Waco, Texas). The fact one group (who combined whey and casein) gained 4 lb’s of muscle to those who had only whey (which gained none) is very significant.

Further research from the Mayo Clinic (Rochester MN) suggested that the benefits were in fact down to the varying absorption rates, and that by combining both users get the benefits of the immediate blood amino acid spikes (from whey) with casein then supplying the muscles with amino acids for a sustained period after that point.

Just like sugar spikes, if blood levels spike, then later drop, the net result can be detrimental – combining both proteins means that this will not happen.

Another study which combined whey, casein and soy conducted in 2013 by the University of Texas Medical Branch showed that while the protein combination and whey showed equal results in terms of increasing protein synthesis, the blend maintained that synthesis for a much longer period (which one could presume would therefore lead to a larger net protein synthesis).

When researchers followed up this study with another in 2014 researchers concluded that the blend lead to a prolonged and greater net amino acid balance.

So how does this all relate to Protein Matrix+ ?

There is more and more research realising the benefits of protein consumption when multiple protein sources are used.

As whey and casein are some of the highest scoring proteins according to virtually every measure and they are at opposite ends of the absorption scale, combining them makes a lot of sense.

Considering these are recognised the most important amino acids for muscle growth and repair, we consider this a positive move.

You know how we were talking about delicious milkshakes earlier?

Well the feedback we've received is that Protein Matrix+ mixes well in both water and milk and has a creamy milkshake taste.

We've even had people mix it in to their yoghurt and add it to iced coffee and smoothies. Because it's such a great all-rounder protein, it's also great for baking and to make protein balls with.

Protein Matrix+ has been so popular, our flavour range include: 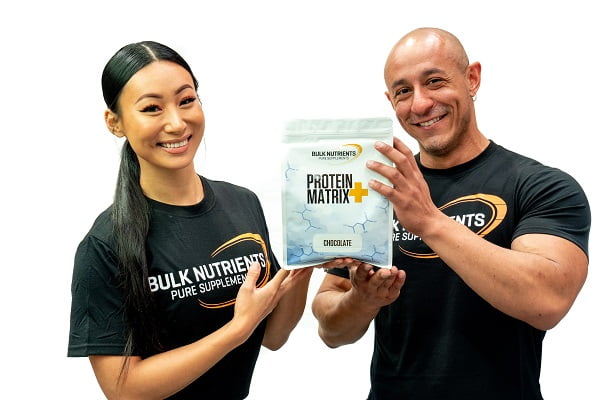 How does Protein Matrix+ compare with other blends?

When developing Protein Matrix+, we deliberately included a variety of consumers of commercial protein blends for testing to evaluate our product in comparison to what they usually take.

The feedback we received on the final version was very positive.

We feel it is a product that contains more protein with fewer carbohydrates than popular blends such as Optimum Nutrition and Dymatize Elite.

It is also clear that Protein Matrix+ offers better value for money than any imported protein blend available.

Want to try a sample of Protein Matrix+? 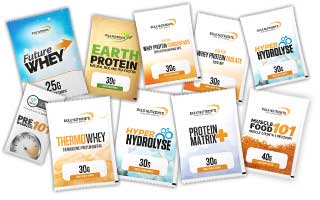