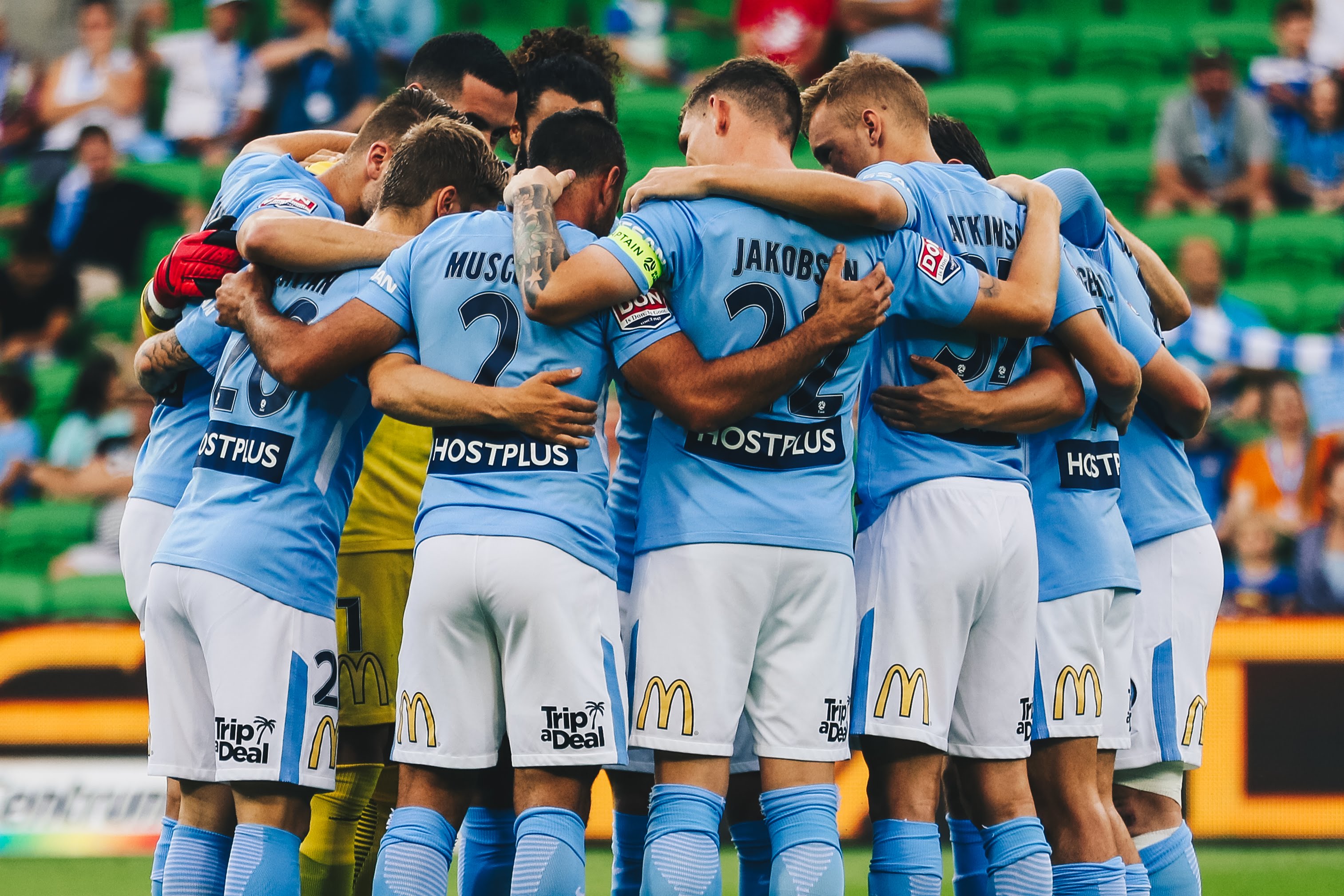 We’ll be fueling the whole team with our high-quality Aussie supplements so they can perform at their very best.

Not clued up on football? Well, Melbourne City FC are an A-League Club who compete across Australia. Currently, they stand 3rd on the ladder which has them destined for finals this year!

As they compete at such a high level they can only use the most rigorously tested high-performance products, which is why they’ll be stocking up on our HASTA Certified Range.

HASTA approved products go through a comprehensive drug screen to ensure they don’t contain any ASADA/WADA banned substances or drugs. Our HASTA certification provides an extra layer of protection for our competitive athletes like the players at Melbourne City FC.

So if you want to supplement like Melbourne City, you’d better grab some of our finest protein Hyper Hydrolyse as that’s their supplement of choice. This extremely fast acting whey protein is ideal for supporting muscle growth and development as it reaches the muscles so quickly.

Yet to explore our range of HASTA Certified Range? Take a look now.

Bulk Nutrients MD Ben Crowley grew up playing football competitively as a child and is still a huge fan of the game.

“Travel around the world, and people call all kinds of games football. In Ireland, Australia or the US, it all looks a little different. There is one game though which the whole world calls “football”, and it is one game where virtually every country participates, with champion sides coming from Africa, South America, Europe and the Pacific.”

This isn’t the first football team that Bulk has supported.

With a love for the game, Bulk Nutrients has been a large supporter of the immigrant based Tasmanian team, Hobart United FC.

Their partnership with Bulk Nutrients has seen their side go from near bankruptcy to a thriving community with over 200 members in just four years. It’s the community spirit and the sense of purpose it gives members that Ben and the team at Bulk Nutrients enjoy most.

Ben is very proud of the association with Melbourne City FC, who have a great reputation for their community engagement as well as their success on the field.

We hope our pure, Australian made supplements continue to support the players as they compete at the highest national level.