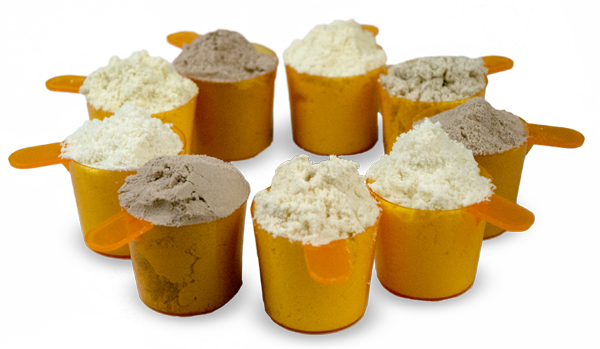 In December last year I became vegetarian, after gradually cutting down my meat intake for quite a while prior.

This blog might be helpful for anyone else considering this, and worrying about how to consume enough protein.

I’m in no way saying everyone should be vegetarian or vegan. It’s everyone’s private choice, but for me it’s much more in alignment with my authentic self.

The importance of protein

As bodybuilders, protein is king! For decades I made sure to get protein in at every meal, measuring, weighing, planning, buying, cooking and storing to make sure my levels were high.

There are heaps of studies showing the benefits of protein, particularly when trying to retain muscle when dieting for competitions. In fact I usually had an even higher intake than the average standard for bodybuilders.

I used to consume protein at 2.5g per kg of body weight, sometimes up to 3g.

And I had no complaints with this amount. I was never out of the top three in national and international competitions for every season and won many world titles!

But now that winning world titles isn’t my aim, I am able to experiment a bit more.

To carb or not to carb?

Most bodybuilders also tend to have a somewhat negative view of carbohydrates. Carbs are usually the most manipulated of the macros, with some coaches pretty much removing carbs altogether in their efforts to get their clients lean.

You can imagine how scary it was for me to look at a typical vegetarian diet, which was always recommending beans, legumes, pasta etc!

I did think I would blow up like a whale, but rationalised that really calories are the major influence of body fat composition and as long as my protein was sufficient to retain muscle, I should be okay.

So I just took the meat out of meals and vastly increased my veggie intake by consuming lots of salads.

I supplemented regularly throughout the day with Bulk Nutrients Earth Protein, Micellar Casein and Hemp Protein and added Iron and extra B Vitamins.

I’ve had more fruit than I have for many years. I made sure my fibre intake was high. I added in more good fats. I used meat substitutes like vegan hot dogs and burgers – these aren’t super healthy and are expensive but definitely eased the transition.

These factors meant I wasn’t getting as hungry as I had feared I would. I joined support groups on Facebook and found heaps of yummy recipes and tips.

My family were great supports, as my daughter has been vegetarian for well over a year and my husband loves veggies!

I still don’t have pasta much or lots of potato, but I certainly have more beans, corn, chickpeas, potato and quinoa than I ever have before!

In typical meal planning, we tend to think of meat as the hero and veggies as the sides, whereas now I think of how veggies can be the hero and maybe have something else on the side, like fats or condiments.

Upon rising: Coffee and supplements.

If I’m not training early I’ll have some overnight oats.

Try this apple pie version: ¼ cup rolled oats, ½ a chopped apple, cinnamon, 150g natural yogurt, 2 tablespoons almond milk, vanilla flavoured Micellar Casein to taste. Mix it all up the night before and leave in the fridge (extra points if you use mason jars and put a pic on Instagram!)

This might be more of my smoothie to which I’ve added some cottage cheese and maybe some konjac noodles if I think I might get hungry, plus an apple.

A big bowl of veggies that I’ve baked in the oven (see my Facebook and Instagram for how incredibly easy this is) plus some jalapeno avocado dip, mixed with salad leaves, turmeric and L Leucine.

Or an egg mixed with extra egg whites, spinach and a bit of cheese on a piece of high fibre bread.

Maybe a piece of fruit and/or some yogurt, with some protein powder, Tri Fibre and cinnamon. Also some walnuts to improve brain power.

I try and put a bit more time into this as it is the one meal the whole family has together.

If I’m still hungry later in the evening or feel the need for more protein I’ll have a pudding of cottage cheese, yogurt, cinnamon, peanut butter and protein powder, with maybe a little banana or Vita Brits. Maybe even a bit of dark chocolate!

How I’ve achieved more freedom in my diet

As I believe this works out to less calories than I was having previously (I’m actually not counting calories at all, this is based off an assumption) I have some leeway and freedom for little tastes of things throughout the day, or one of my husband’s delicious homemade treats!

The lack of restriction means I am much less likely to feel the need for a big breakout or experience cravings.

I’m also doing almost no cardio, apart from a couple of mountain bike rides a week, and I believe this is making me less hungry.

So far, I haven’t noticed a loss of muscle or an increase in body fat apart from what would be expected given my break over the holidays. I haven’t had a lack of energy or lots of hunger, which are both things I was worried about.

I’m a lot more at peace with myself as I’m living more in alignment with my values, my skin seems clearer and the whole family’s veggie intake has increased!

I intend to transition more and more to the vegan lifestyle overtime.

Unfortunately I have returned to work full time in this period and am also working with my hubby to renovate a house which means a lot less time for food shopping and meal prepping.

But I know as I get more experienced with vegetarian cooking and into the groove of full time work I will be more organised with preparing meals in advance.

1. Start slowly. Maybe start with Meatless Monday or cutting the meat out of one meal per day. Even start with just cutting out red meat and then gradually cut down other meats.

2. Don’t make drastic proclamations – “I’ll never eat meat again!” “I’m going vegan for life!” For me, thinking to myself that I would be vegetarian but could still have a burger every now and then if I really wanted one was much more helpful and sustainable. As it happens, I have never wanted a burger since I started. It’s the old dieting truth that as soon as you say you can’t have something then that is the only thing you can think about.

3. Don’t try and push your views on your family or friends. Just as you no doubt don’t want people judging your food choices or making a big deal out of it. Do your thing and let them do theirs.

4. Do some research for yummy, nutritious but most of all easy, recipes to make the transition as simple as possible.

5. Be sure to look into what supplementation you may require. Most vegetarians tend to have to supplement with Iron and Vitamin B12.

6. It’s easy to fall into the trap of eating things that aren’t hugely nutritious, such as bread, toasted cheese sandwiches, ice cream, chocolate, chips, biscuits etc. Lots of things are vegetarian but still not fantastic choices for your health! Try and make the most nutritious choice as often as possible.

7. Be sure to still prioritise other ways of taking care of yourself, like getting lots of sleep, recovery, self-care etc. Get lots of support, whether in person or virtually, especially if your circle doesn’t make it easy for you.