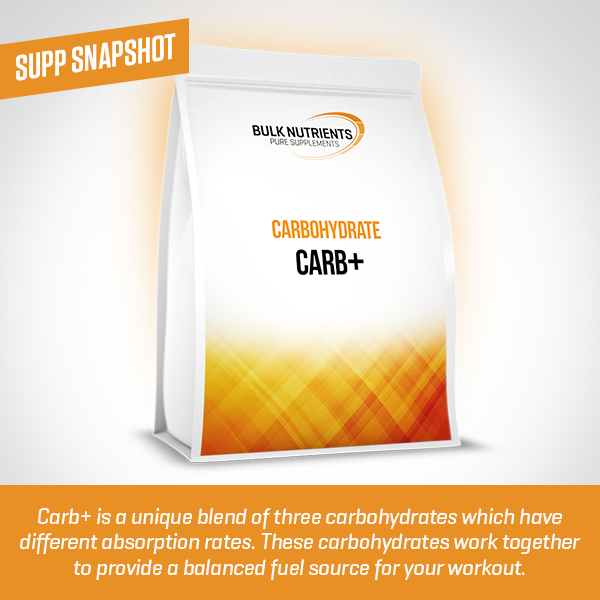 Carb+ has been designed for endurance athletes and gym junkies who want to maintain energy throughout training for peak performance. It blends both fast and slow absorbing carbs to keep you fueled from start to finish. These are:

It is unflavoured and has a neutral-sweet taste similar to Maltodextrin or Dextrose Monohydrate. Ideally we’d recommend consuming it with water alone, or in combination with other supplements such as Branch Chain Amino Acids (BCAAs) or Electrolytes which also assist your training.

Why is Carb+ made up of three carbohydrates rather than just one?

Carb+ is a unique blend of three carbohydrates that have different functions, which work together to provide a balanced fuel source for your workout. Dextrose Monohydrate and Maltodextrin help to provide instant, quick energy that you require while you train to provide an extra spike in your output ability.

The inclusion of Isomaltulose provides a more sustained energy release, as Isomaltulose is a slower release carbohydrate source.

The inclusion of Isomaltulose helps to provide longer lasting energy, rather than the rapid quick energy often received from simpler carbs, followed by a quick decrease.

Isomaltulose is a disaccharide carbohydrate composed of glucose and fructose which occur naturally in honey and sugar cane.

While it is similar to sucrose, Isomaltulose possesses a unique molecular linkage that causes it to be more slowly and steadily broken down in the GI tract. It is completely digested and absorbed, but its prolonged release into the bloodstream results in lower glycemic response as compared to sucrose.

As an energy source, Isomaltulose has the same caloric value as other carbohydrates (4 kcal/g), but its sustained release makes it an excellent choice for fueling endurance sports.

It can also be used as a sugar substitute with its mild, natural sweetness, and zero aftertaste – and it won’t impact negatively on teeth.

Is Isomaltulose itself sugar free?

This is where things get confusing. While Maltodextrin is not classified as a sugar, it acts very similarly to a sugar in the body. It’s absorbed quickly and gives an instant “spike”.

When should I use Carb+?

Carb+ is ideal for longer, endurance style training where prolonged energy is required. However, all workouts require energy and if you are continually training for a length of time that requires you to consume substances for energy then Carb+ is a great solution for this.

It works very well as an intra training fuel where it will restore glycogen levels over a greater period. If you prefer a quicker “hit” of energy, then Dextrose or Maltodextrin alone may be the better choice.

You can also supplement with Carb+ post training if you are looking to increase your carbohydrate intake as well as refuel. It can be mixed with your protein shake for easy consumption.

Will I get a sugar spike from Carb+? 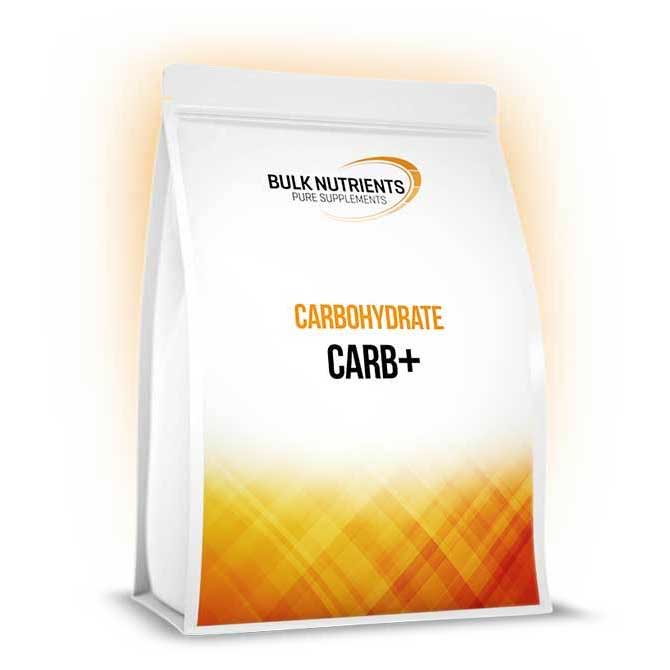 Essentially the answer is no.

While you will have some increases in blood sugar levels initially due to the Maltodextrin and Dextrose, the inclusion of Isomaltulose will start providing energy later. Therefore you will have prolonged energy which will slowly decrease rather than have a rapid drop which can also cause fatigue.